Why So Desperate, Mr. Zuckerberg?

Alright, Mr. Zuckerberg, we understand your concerns. You want us to stay totally addicted to all platforms of yours, no matter we like it or not. In fact, “LIKE” is not an option for us anymore as you’ve started forcing us to use your apps if we want to stay so-called “CONNECTED” to the social world. First, it was Messenger, and now you’re forcing us to download Moments App. No wonder why all of a sudden Moments App is lying on top of the list in App Store. Google manipulates search results for Hillary while you manipulate your apps to move on the top. We aren’t surprised because we know you want us to use Facebook’s services all the time. Right from hailing a cab via Uber to transferring money to a friend, you want your services to be omnipresent.

Also Read: Google Definitely Favors Hillary and Microsoft’s Bing Will Show You How

But, what we don’t understand is, why are you forcing us to download Moments App? Why can’t you let the users be the judge whether or not they want to use your photo-sharing app? Moreover, why have you become so desperate? Your company has started sending emails to users regarding requests, or command we’d like to say considering the condition offered by you i.e. ‘Facebook is about to delete photo albums if you do not install the app’, to download Moments App.

Here’s a tweet, which clearly shows how you’ve already managed to piss a girl. All thanks to the KIND email sent by your company.

dang i didnt even know facebook privately synced TWELVE THOUSAND of my photos now they tryna delete them wow pic.twitter.com/Ii1fupbHQ7

Maybe, we’ve got the reason why you’ve been pushing users to download your apps. 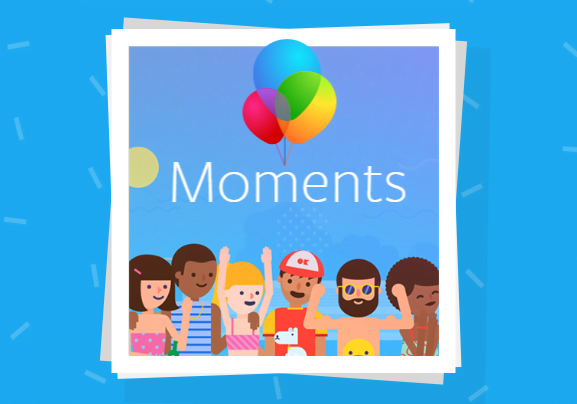 Facebook is about to delete photo albums if users do not download Moments. Facebook is forcing users to download its photo-sharing service right away in order to avoid any issues, which might arrive after the social media platform deletes the private photo albums.

The real reason why the company is pushing the users to download the app is to create another silo through which they can get the direct access to users. On the surface, the decision might seem odd, but when we look from the company’s point of view, the same company that is desperate to broaden its horizon as wide as possible, the notion certainly makes sense.

This is perhaps the same reason why company purchased WhatsApp. The popular chat service used to be a fierce competitor of Messenger because it was being used by even those users who do not have an account on Facebook. WhatsApp has a brilliant market among the users who do not prefer using Facebook or its Messenger to stay updated. Of course, Zuckerberg couldn’t afford to miss the opportunity to get a direct access to growing number of users on WhatsApp, which is why he bought the service.

In a similar manner, the tech giant also bought Instagram, which is way different from the core business of Facebook. But, because the photo-sharing app is the most popular in its category and acquires the ever-growing user base, Zuckerberg had to buy this anyhow. Now integrated with the social media giant, Instagram offers a direct access to 400M active users to Facebook. 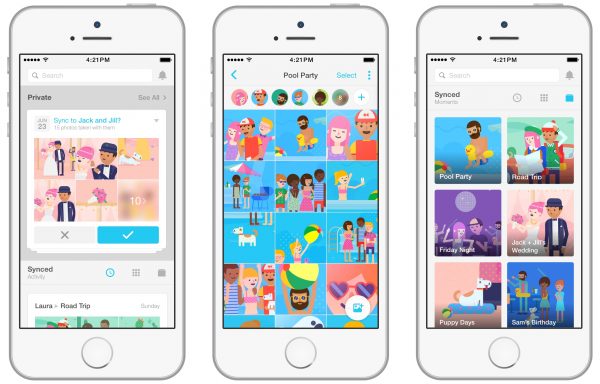 As they say the more the merrier. Facebook uses the user data to target ads and attract more marketers. The more users it can directly access, the more data it will fetch to bring in the ads. This is why following Messenger; Facebook is forcing users to download the app.

The end goal of Mark Zuckerberg is to approach as many individuals as possible, no matter what the route is. The app platform notion of Facebook is simply brilliant because in this way everything is served for the company on a single platter. The idea is, should users stop using the social media website, they might continue using Moments App, WhatsApp, Instagram, or Messenger.

Also Read: This is Why Chinese Officials Won’t Unblock Facebook in China

The company has already convinced the major portion of its 1.09 billion active users to download Messenger. In case, it succeeds to convince them for Moments, which it most certainly has considering users wouldn’t want their photo albums to be deleted due to failing to install Moments, the company will strengthen its goal for invincible global reach.

Now, Mr. Zuckerberg, do you really want to threaten the users to achieve your goal?