Dragon Quest series creator Yuji Horii released the information in the trailer according to Verge. “It’s honestly like a dream,” He said. “I really felt like I was holding a sword and shield and walking through the world — I thought it was incredibly fun.” There was no gameplay footage at the trailer, but customers are expected play games on Vive headsets using shield controllers and tracked swords. 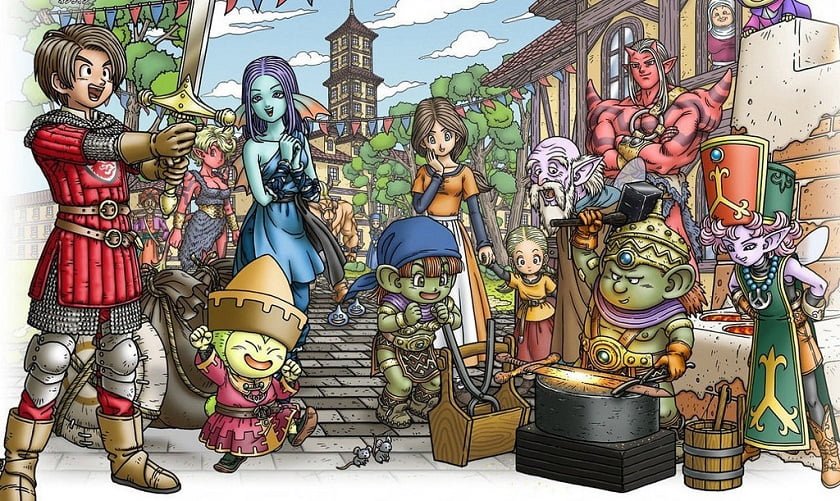 The Mario Kart’s virtual experience has been the biggest game show to entertain when it comes to augmented reality. People make all the journeys necessary to be available at Bandai Namco’s Shinjuku outlet where they pay almost $40, queue in for about an hour or more before laying hands on the fantasies, this is likely the same fate for gamers planning to be part of the excitement endure, with reservations proposed to begin later this month before the opening.

In Dragon Quest VR starting April 27, gamers will play roles of a warrior, Mage, or Priest, using a sword, staff or shield designed precisely for the game. The player will venture out into Dragon Quest world, beating levels before facing off against Zoma at the final stage.

Gamatsu reports that a random draw will be conducted on April 25 in an open event to select attendees that would be the first to experience Dragon Quest VR. However, information on other details and how to book a reservation would be released on the company’s website on April 20.

Whereas the first Dragon Quest Builders assign players to rebuild Dragon Quest initial scenery, Alefgard, Builder 2 begins with the players washed ashore – a lonely island where nothing else lives. The final boss from Dragon Quest 2, Malroth will be playing an important role in the new story, according to Square Enix.