The hi-tech software tool from the leading data recovery-firm appears to have found the sustainable answer to the age-old problem faced by Mac users, globally.

The long-awaited macOS data recovery has now become possible thanks to an extraordinary group of engineers at DriveSavers. This epoch-making advancement indeed comes as a huge sigh of relief for millions of Apple users around the world.

Numerous Mac customers have faced extreme difficulties globally in their bid to restore data from their respective damaged Apple products that run on macOS. Users were desperately looking for a viable software tool to achieve the unachievable. And DriveSavers’ latest smart-tech tool is equipped with the necessary technologies to transfer data all sort of macOS devices.

Let’s dig into the brave new world unlocked by this milestone achievement.

The major issue of worldwide Mac users being unable to manage macOS data recovery, has been long there. After a series of failed attempts by various entities, DriveSavers seems to have solved the riddle.

Founded in 1985, DriveSavers is widely acclaimed for successfully offering end-to-end data recovery services for ‘hard drives and other storage media that have crashed, mechanically failed, experienced physical damage, and worse.’ But this appears to be undoubtedly the most significant moment in its four-decade-long journey.

Dubbed as the ‘world’s leading data recovery firm,’ DriveSavers has claimed in a global press release that its brand-new tool is capable of retracting data from a large number of damaged Apple Silicons – M1, M2 and T2. For the uninitiated, the Novato-headquartered company provides an array of exclusive services that even include RAID data recovery. 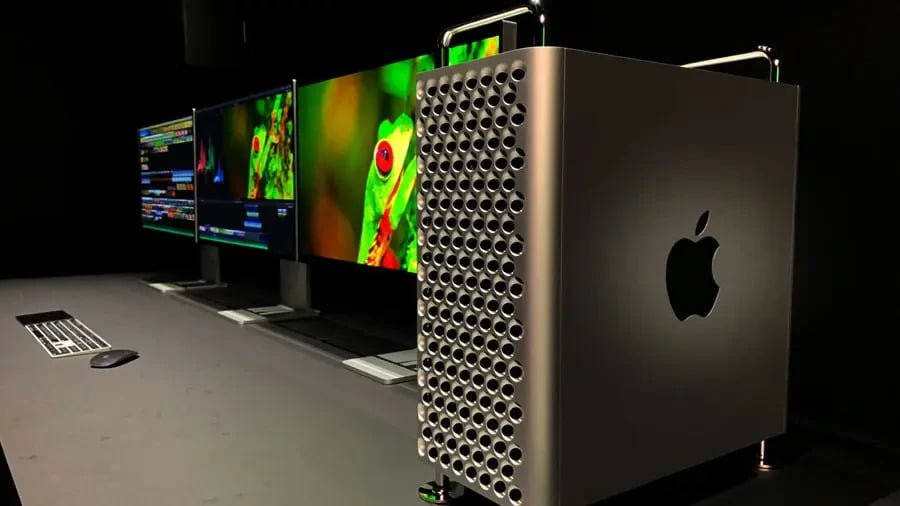 DriveSavers will now exclusively offer macOS data recovery, something that millions of bothered Mac users across the globe were desperately looking for since ages. [Image Credit: DataSavers]

DriveSavers stated in the official press release that in an extremely complicated process, which involves transferring M1, M2 or T2 chips from severely damaged boards to operational ones, it can restore data from Apple Silicon chips.

DriveSavers’ unique tailor-made services are able to strip different parts of any Mac device including the latest MacBook Pro, at a moment’s notice. It has been reported that DriveSavers’ engineers are using micro soldering techniques to retrieve data from a wide range of flash-memory devices, including those installed in iPhones or M-series Mac devices.

DriveSavers’ Director of Engineering, Mike Cobb, claimed with absolute firmness that “DriveSavers is hands-down the most capable at recovering data from these ultra-advanced, ultra-secure devices.”

The company which has been saving lost data of clients like Google, Facebook, NASA and Coca-Cola, made the headlines in 2018 for developing a tool enabled to unlock passcode locks on iPhones. The move sparked a sharp increase in the gross sales of DriveSavers.

Hence, the data recovery-firm has a long, rich history with Apple products. But the recent-most macOS data recovery feat will remain way ahead of the 2018 achievement and is indeed a massive breakthrough for DriveSavers.

Amidst the greetings from overjoyed Mac users, critics are also lauding the software engineers par excellence from DriveSavers for this era-defining moment in the history of data recovery. Mike Cobb, Director of Engineering at DriveSavers, showered his abled teammates in heaps of praise – “The talent and expertise of DriveSavers data recovery engineers are unmatched.”

Though nothing has been officially declared by DriveSaver so far, many reports have hinted that the pocket pinch for this much sought-after macOS data recovery from DriveSavers could scale up to thousands of dollars.