Comparing the two perfect cloud storage apps in the market.

It’s a debate that has been going on for years: Dropbox vs. Google Drive. They are undoubtedly the best cloud storage apps today.

Dropbox has a free version that gives you up to 16GB of space, while google drive only offers 15 GB for free. With Dropbox, if you want more than the fee amount, it will cost $100 per year or less depending on how many users are in your account (this includes an additional 500MB/user), whereas with Google Drive, it costs about $120 per user for a 100GB shared storage plan. Suppose you opt not to purchase extra storage through either service.

In that case, they limit the number of files that can be uploaded until you upgrade, so it is important to consider deciding what service would work best for your needs. Dropbox offers the ability to save and share large files up to a size of 300MB. At the same time, Google Drive only allows you file sizes up to 250MB. 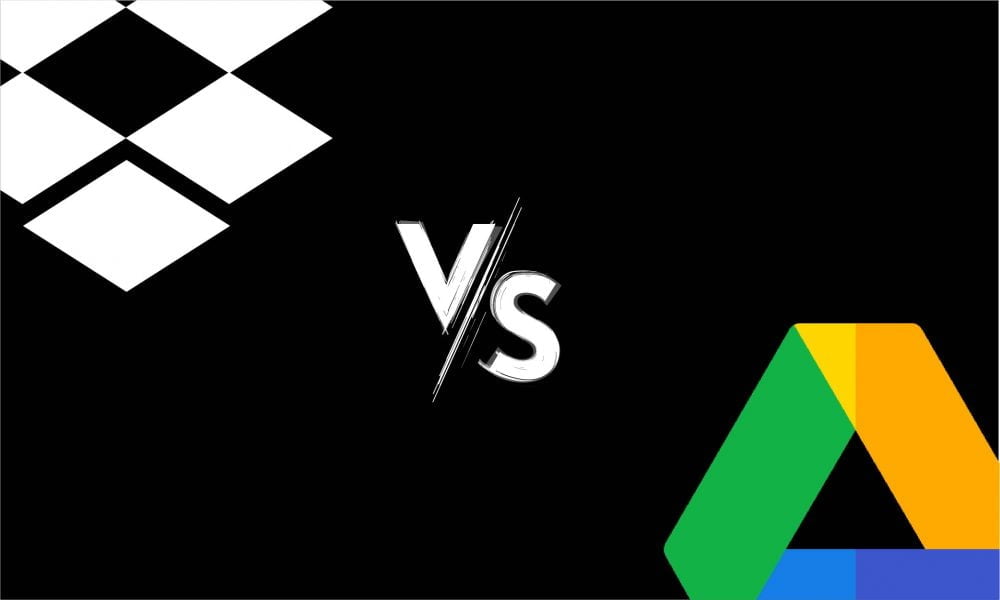 Plan your budget and needs to choose between Dropbox and Google Drive.

Dropbox Vs. Google Drive: Which Is Easier to Use?

A great thing about Dropbox is that it makes sharing work easier no matter what type of business you run – whether you want to share designs with clients or collaborate on presentations with colleagues. You can even use our public folders to make folders available for team collaborators and other visitors without needing their email addresses!

Nevertheless, Google Drive is worth considering if you already own Android devices because it’s compatible with most of them (Gmail app too) without needing any additional software as Dropbox does. You can access documents offline on all major platforms, including Windows Phone, making Google Drive more useful than Dropbox when traveling across countries where internet connection might be unreliable. It has many features that make working easier, such as built-in file versioning, so never lose sight of older versions again in case something goes wrong along the way!

Dropbox pricing plans are cheaper, starting at $99.00/year compared to google drive’s $120 for 100GB. Still, suppose your company requires larger files and more storage space. In that case, it will be more expensive in the long run using Google Drive (compared to Dropbox) monthly as you’ll need to pay additional fees on top of that initial purchase fee every month, which can add up quickly.

If there isn’t any outside compatibility or integration needed with other apps like Docs or Gmail, go with Dropbox since there aren’t many limitations like sharing folders between people and offline editing (limited to mobile devices only). In contrast, Google Drive is more like a web version of Microsoft office which can be helpful in some cases but not in others.

Dropbox has been around longer, so it might have more features, support from third-party apps/services, etc. At the same time, google drive features are top-notch, enough to handle whatever you throw at it. However, Google doesn’t give much information on how well it will hold up over time compared to Dropbox’s history. The latter usually updates their service frequently with new changes that benefit customers.

Therefore, the number one rule should be what works best for your company or group when deciding between these services. The reason is that you’ll all need access to them at any given moment depending on certain situations where one might work better than the other, even if they’re both excellent at what they do.

Despite Google drive storage pricing, it is a better choice for users already familiar with other apps and services by google (such as docs). In contrast, Dropbox might be more popular and has many different benefits and limitations than Google’s cloud storage app version. When choosing between these two service providers, it comes down to your needs because there isn’t much else separating them besides price, compatibility, ease of use, etc.

So, whatever offers what you’re looking for should work well unless it doesn’t fit within your budget or company policies/mandates that prioritize personal preferences when deciding on this type of decision since it will affect everyone using the system in question.

How do you build your own Netflix