The world-known identity and NSA whistle-blower, Edward Snowden, 32, is still counting the stars while predicting his fate in an asylum in Moscow, Russia, as he awaits pending decisions on his crime from 21 countries. He has been residing there since last two years after leaking classified surveillance records along with revealing the stretch of the entire global surveillance program and permitting them to be issued and published outside the United States. 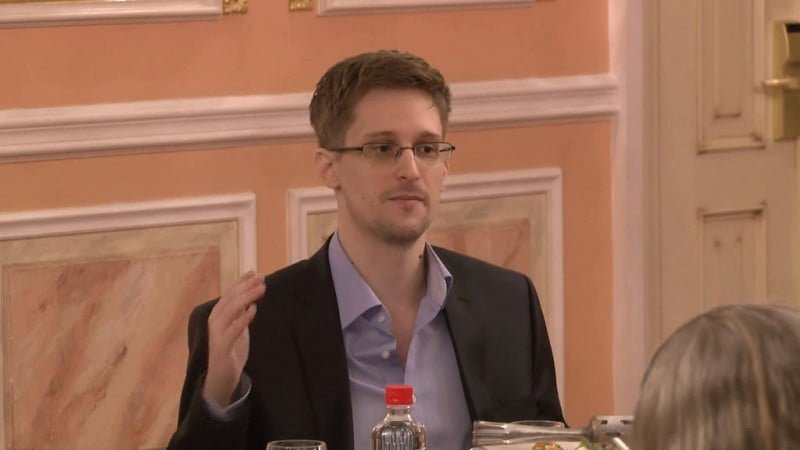 As the decision on Snowden’s conducts waits, he still keeps proving a huge challenge to the major US tech companies, but the question is, for good?

US tech giants like Facebook and Google are about to get a serious heartburn, as the highest court of European Union today implemented a new rule. Up till today, the tech companies used to transfer the user data from the country to the United States, a reform that was brought into existence by executive branch of EU, Safe Harbor Decision, in the year 2000. Today, the Justice Court whipped it out as invalid and that the protocol is not to be appealed. This definitely gives a headache to the tech companies, but it will provide a strong and reliable privacy safeguard to all the European Citizens, and they all blame or thank only one person for this headache- Edward Snowden. Not that Google and the other companies have been proven guilty for any miss-endeavors, but lashing out the Safe Harbor Decision can open the doors to lawsuits and privacy investigations.

This is the reason that has fueled the wrath in the entire technology industry. The advocates, who opposed the Safe Harbor Decision, are enjoying the victory. Private International, a non-profit organization said, “Edward Snowden’s revelations show that the U.S. cannot expect to continue to be the custodian of the world’s information unless it strengthens its laws to protect our data, Americans deserve stronger protections, and so does everyone who transacts with American companies. Any modern economy must properly protect people’s data.”

DIGITALEUROPE, the European technology organization that represents the industry of digital technology, with almost 59 technology based companies involved in it shows a strong worry for what impact this new rule might cause on the economy of the region. The organization said, “The immediate invalidation of transatlantic data flows will cause immediate harm to Europe’s data economy and will negatively impact countless consumers, employees, and employers, we have grave concerns about the long-term implications this Judgment will have on the way Europe transfers data to the rest of the world.”

The decision allowed the transfer of user database and information of Europe to the United States as they regarded the United States as an adequate and reliable source for safeguarding the personal records. This has been ruled out today. An activist had filed a legal complaint against the social media giant Facebook, based on the data available by the leaked information of NSA practices, which was done in 2013 by Snowden. The information stated that the United States acquires no stronger hold over the sufficient protection of personal data, and Facebook has been illegally exporting personal information of users from its site to its home country. The court could not take any action as the tech giant has been protected under Safe Harbor Decision, so it considered wiping out the entire rule. Snowden gave people a reason to raise their voices on how their personal information was being used without their permission and that too in insecure and unsafe hands.

There are numerous opinions divided between people, Silicon Valley, Washington, or the various country over this issue, and has been sparking major controversial debates over the leaks for both support and opposition of Snowden. Opinion-makers and politicians take their own dig over the controversial man.

The intelligence officers regard him as a traitor as he leaked the confidential information and breached the major rule of national security. They argue that he must have been plotting this since a very long time in order to break the law on such a huge scale, and that too in a country where security can never be taken as a matter of joke, even if it is for a smaller issue. He leaked the data to overseas adversaries about various programs, which will take a huge amount of time to re-phrase and revise, unsure if they will remain effective or not.

Silicon Valley is at the other side of the sea. Once in a debate, more than 90% of its employees consider him as a whistleblower. They feel, had he not leaked the data, there would’ve not been any national debate and concern over NSA programs.

There are millions of people who consider him as a Hero. His leaks exposed the fact that the government of the United States collects the user records with obtaining any court warrants, of millions of Americans, who have not a single follicle linked to terrorism or such malicious activities. For people, he has provided a huge public service as he exposed the breach of trust by the government to people. Similar to the former Defense Department Official, Daniel Ellsberg, the one who leaked data from Pentagon, and the nuclear technician, Mordechai Vanunu, who leaked Israel’s existing weapon program, Edward Snowden, brought a brief light to important knowledge that deserved to exist in public domain, without doing any long-term harm to the US national security.

There is a huge gap between outburst on NSA and outburst on Snowden, and this is enough to show palpable tension brewing between the tech world and government. While people argue on him for being the a benefit to the public, Snowden has failed on many grounds. He was supposed to take the personal responsibility earlier and suffered his term of law, but instead he chose to fly away. Claiming on higher grounds of morality, he set himself above the bars of law. Everything ends at one single thing, the Internet we use is the place where security surveillance takes place in order to keep the security of nation tight. The main ambition has to be the one in which the structure of communications safeguards important, and diverse values of an individual.