Edward Snowden, the famous whistle- blower who currently is waiting for his unknown fate while counting the bars somewhere in the asylum of Russia, Moscow to be precise, has been loaded with another credit over his shoulder. Yes, you read it correctly. Edward Snowden has again managed to grab eyeballs of millions by announcing his method to communicate with people outside.

I use Signal every day. #notesforFBI (Spoiler: they already know) https://t.co/KNy0xppsN0 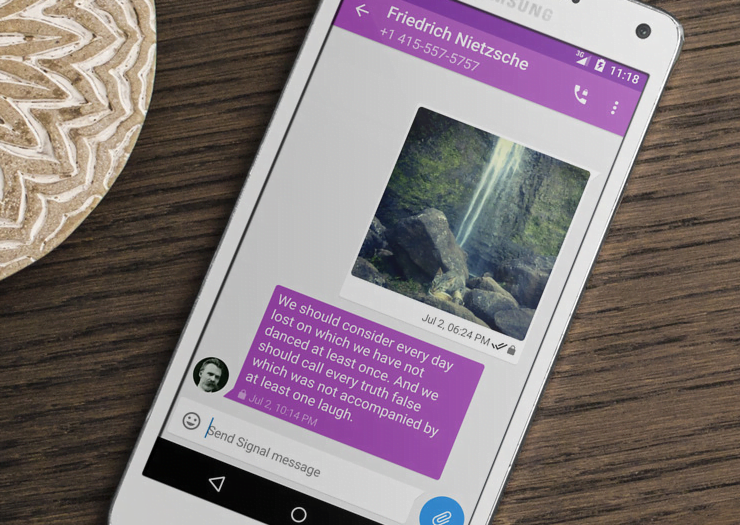 How would you feel if everything you discuss over voice and text chats was private and highly secured so that no one would ever dare peep into your conversations? It will be great isn’t it? Well, your wish has been turned into reality.

Snowden wants you to chat in his way, which is in a highly encrypted and secured mode.

A non-profit company, Open Whisper System, which develops projects for making communication simple, has released a latest messaging platform for Android Apps, the Signal App. This Signal app is approved by Edward Snowden himself, as he uses the same method into his messaging. The Signal app for Android apps, by Open Whisper System, merges TextSecure (used for texting and receiving secured messages) and OWS RedPhone (used for encrypted calls) products into a singular client. One can easily converse over a juxtaposition network, which is etched with high-end encryption for the purpose of data security, without switching android apps and iOS apps as you change the formats for privacy.There is no need to register with a username and password. All you need to do is download and start using it. In order to make secure calls, the opposite person is also required to have Signal installed.

The code for this Signal app is an open source, which makes it easier to verify if there is any government organization behind peeping through your contents. iMessage and Whatsapp also provide encryption, which is end-to-end, but it’s not a highly secured form when it comes to secure messaging, and it also doesn’t get any recommendation from, Edward Snowden, the most wanted men of America. Basically, this app is just a great amalgam of functionalities you have been using before; just the difference is, this can make a huge change if you want to save your pieces of stuff from prying eyes.

These days as technology is increasing with a rapid pace, people want more when it comes to data security. Everyone loves to keep their conversation safe and private from the prying eyes. Recently, one similar messaging app was released for highly encrypted conversation methods. Let us take a swift insight into it. 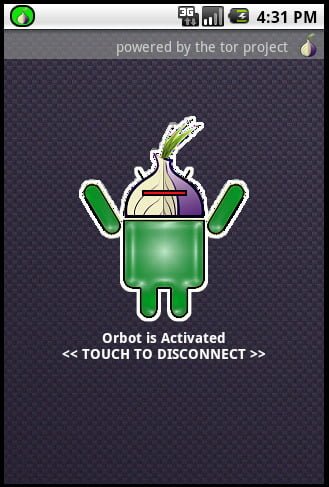 Earlier, Technowize reported that Tor Messenger, in a beta version recently marked its debut. This is a Tor Project, by developers, The Onion Router Project, which is fit for those people who wish for an instant messaging tool that is highly secured, keeping a great deal of privacy, while chatting over popular messaging Android apps like Whatsapp, Messenger, and many more. This latest version aims to boost the privacy and data security over online chatting platforms in Android apps as well as iOS. The app is based on Instantbird, a product of Mozilla IM. The application supports multiple languages and it allows OTR, which is off-the-record messaging with an easy to implement an interface for the user. It can easily hide the route of the user, which permits users to communicate in the areas where services are blocked.

Is it worthy or foul?

Whenever highly encrypted messaging applications like Tor Messenger, Signal, etc, makes its debut in the world of technology, there are ones who are happy, while there are many who would like to beat their head against the wall. Technology comes with a price. It can be a boon as well as a curse.

People want their data to be secured and private; on the other hand, government agencies prefer public data to be transparent so they can access the ongoing activities. People tend to use such stuff for a worthy as well as foul purpose. While, there is a guy who will use such application to hide his chat records from his parents, or girlfriend, another guy will use such application for some illegal practices, or even terrorist activities.

They say that every time when someone launches and installs such encrypted applications, it makes Jim Comey, the director of FBI cry.

It is up to you to decide whether this is worthy or is it foul. Are we doing it right by hiding our stuff from government agencies, who work for our safety?