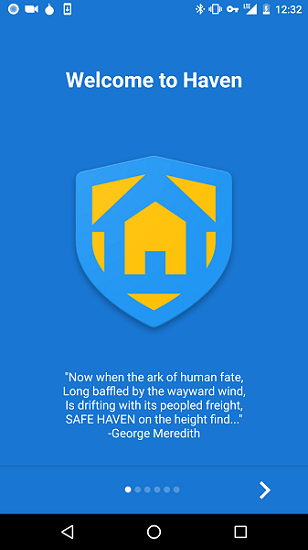 NSA whistleblower Edward Snowden is launching an app designed to give people like us more power against computer hijackings. Haven is an open source app that turns any Android smartphone into a high-powered security device that uses all of the device’s capabilities to guard against attacks big and small.

Snowden developed Haven in conjunction with Freedom of the Press Foundation and Guardian Project. The app allows customization so the smartphone can operate like a surveillance system, using the camera, audio recording capability, and the accelerometer to detect movement and notify a user of unexpected guests and unwanted intruders.

Haven app is created keeping investigative journalists, human rights activists and others “at risk of forced disappearance” in mind. The open source app will leverage existing sensors to prevent evil bodies from spying on mankind in general. One of the most interesting things from the 2013 disclosure by the ex-CIA contractor Edward Snowden is that data obtained from the mass surveillance program could potentially be used to silence citizens without getting caught in the act.

The open source Haven app works like any other smart home security system. It can be customized to detect 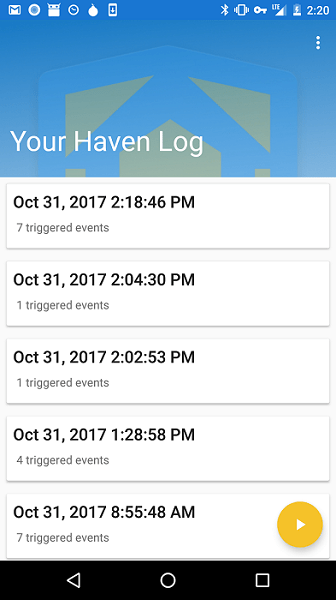 and guard against targeted attacks. It acts as a failsafe that can catch perpetrators in the act without them knowing it. In addition, it has some incredibly useful features including the ability to access activity logs remotely. The app can also be set up to forward detected events to a separate device via WhatsApp, Gmail, SMS, or the secure messaging app Signal.

“Imagine if you had a guard dog you could take with you to any hotel room and leave it in your room when you’re not there. And it’s actually smart, and it witnesses everything that happens and creates a record of it,” Snowden told Wired via an encrypted phone call. “The real idea is to establish that the physical spaces around you can be trusted.”

The idea of using Haven might not sit right with people who are skeptical of Snowden. Let’s not forget, it is coming from a guy who threw away his career and committed treason to blow the whistle on a massive human rights violation. Besides, the app is open source and is available on Github. If you don’t trust it, you could read the code and compile it yourself.

You can learn more about the app directly from the Haven website.