Here’s all you wanted to know about the new PES 23 game.

A comprehensive eFootball 23 review, answering all your queries was something that was essentially called for. The foremost thing that we have noticed in the new PES 23 game, is sheer pace and super-fast gameplay. Though initially gamers were not happy with the new changes, Konami’s continuous attempt to reinforce the game with new tools, revamped structure and interesting events & rewards, has managed to bring the game back on the right track. Let’s unfold everything that awaits us in the latest edition of the immensely popular, Pro Evolution Soccer. 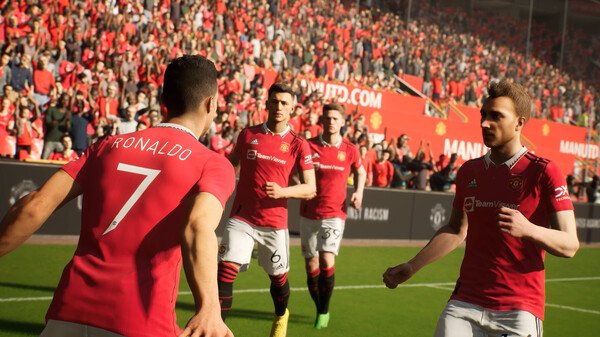 A host of new features have been introduced in the new PES 23 game. Notably, Nominating Contract, which helps you to sign a player for 365 days without using eFootball Points, myClub Coins or GPs.

Price: The most exciting fact covered in this eFootball 23 review, happens to be surely the ‘free-to-play’ nature of the new PES 23 game. You can freely download it on any platform and enjoy the next-gen football gameplay.

What Will Happen to the Icon and Legend Cards in eFootball 23?

Most of the eFootball 23 reviews talk about the hue and cry among the global gaming community over Konami’s approach towards Icon and Legend Cards.

You would be disheartened to know that Konami has wiped out the entire collection of Icon Cards, which saw gamers spending coins galore in the previous editions.

Don’t panic, your dream team has not been ruined. Both the Icon Cards and the Legend Cards have been converted to a new range of Cards known as Legendary Cards. You don’t need to worry about as the ratings would still vary – Konami has created two or at times three Legendary Card variants for a particular player. Usually, the one which has been transformed from the Icon Card, bears a higher rating in comparison with the one which came from the league of legends. 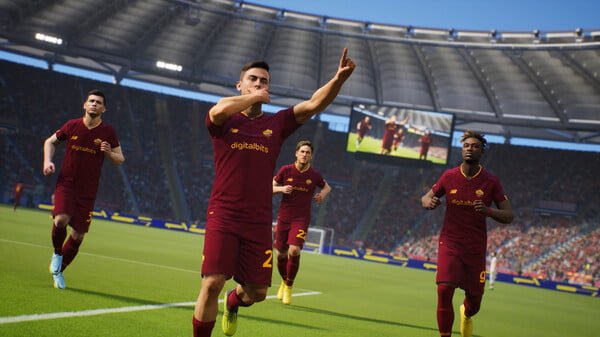 A significant development can be witnessed in terms of graphics and player portraits in eFootball 23. [Image Credit: Steam]

Are There Any Special Managers in eFootball 23?

Yes, two special managers are there in the Premium Objectives store, who can be signed by redeeming coins. One happens to be the iconic Johan Cryuff who guided Barcelona to European glory in 1992. Interestingly, this special manager card justifies its 500 coins-price tag as it comes with a special feature in the form of a midfielder affinity boost, which rewards your midfield players with +400% experience points. The other one is Fabio Canavaro.

How to Build a Strong Team in eFootball 23 Without Spending?

We decided to incorporate a few secret tips and tricks in this eFootball 23 review to ease you in bolstering your squad without spending real money on coins. The first thing is – use Nominating Contracts in a meaningful manner. Also, sign base players with GP and train them. If you increase the team playstyle proficiency of your players through progression points, you would be amazed to see your team delivering overpowering performances. Their individual stats will get enhanced even beyond their optimum reach.

Can I Play With Legendary Cards Without Using Contract Tickets?

How to Get Contract Tickets in eFootball 23?

Can I Still Play With My Friend in eFootball 23?

Yes, after much ruckus over the unavailability of the feature after the last season update, Konami has finally reintroduced the much-needed Friend Match feature with eFootball 23 Season Update. Now, you have to create a Match Room and share the number with your friend. You are good to go as soon as he joins the specific Match Room. Meanwhile, you can make some new customizations too, like the ability to increase the number of substitutes (up to six!). This is indeed a welcome move and something that’s worth mentioning in this eFootball 23 Review.