Now we know for sure that Elon Musk is Iron Man in real life. He has dropped enough hints for all of us to finally accept him as the real life Iron Man. You don’t believe it? Do you want us to prove that? Let’s get started then. 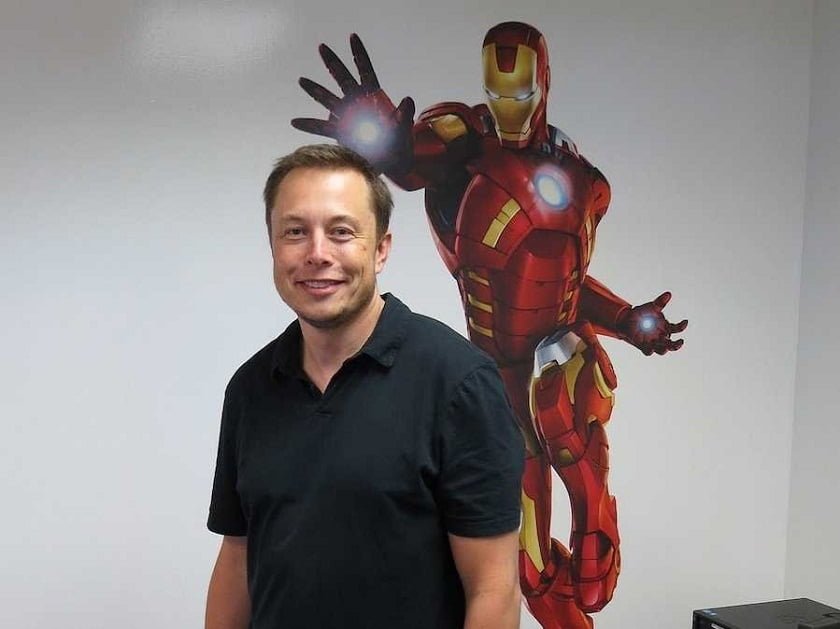 On Wednesday, the CEO of SpaceX and Tesla met with the Secretary of Defense Ash Carter, as Pentagon seems to raise its technology. The purpose of the closed-door Pentagon meeting was “innovation”, as stated by a spokesperson for the Defense Department. But, to us, the so-called “innovation” seems like something really significant like the Iron Man exoskeleton.

It’s not us who is suggesting this, Musk is doing that himself. When CNN asked in a reported story “What Elon Musk was doing at the Pentagon?” Musk responded to it with a tweet that said – “Something about a flying metal suit…” Well, it is not the first time that Elon Musk is compared with the Marvel Superhero, the tweet makes it even more obvious that indeed Elon Musk is Iron Man. Yeah, there are chances that Musk would be joking, but c’mon who jokes about being the Iron Man!

Something about a flying metal suit…https://t.co/6Z1D9iZ1fV

We were pretty sure that Elon Musk is Iron Man when he accepted in a tweet that he was making a system similar to the one shown in Iron Man movie that enabled one to design rocket parts using hand movements through the air. He is about to make the Iron Man suit and use it to save the world from aliens or his rivals from the Mars. Believe me.

@Jon_Favreau Yup. We saw it in the movie and made it real. Good idea!

All of us know that Marvel’s armor Iron Man was modeled after a billionaire man, which totally resembles Elon Musk who is not only a billionaire but is also the founder of PayPal, and the current CEO of Tesla Motors and SpaceX. If you follow Musk on Twitter, you would surely believe that Musk is working to build a rocket-powered, missile-firing exoskeleton like the one Iron Man owns.

All these tweets and Pentagon meeting tells us that Musk is the real life Tony Stark. Plus, Stark and Musk have a lot in common; both are geniuses, both are  billionaires, and both have worked with military. Both are passionate about technology and are obsessed with robots. Both are great influencers. Both are part of the Avengers, okay Musk is not, but he could be, right?  What more do you want as a proof?

What do you think? Do you agree that he might wear the fancy Iron Man suit and then save all of us by fighting with our rivals from the outer space?