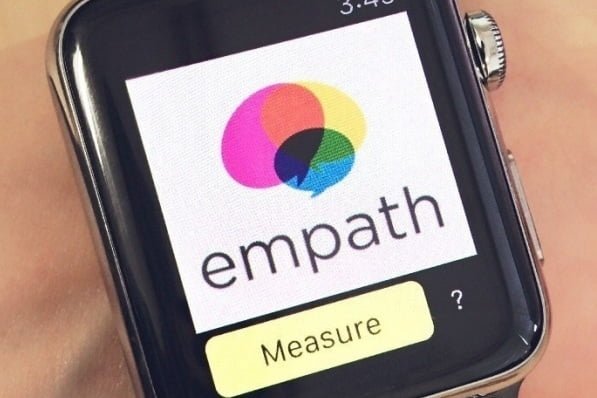 Apple’s digital assistant Siri is brilliant, but she is not programmed to care whether you’re sad or happy. EmoWatch, launching today, is the latest iPhone and Apple Watch app, which will take care of your emotional side by helping you track the state of your emotion.

Smartmedical, a Tokyo-based developer of medical service platform, has launched its emotion-tracking app for Apple Watch and iPhone. The app operates on a vocal medium used for emotion-tracking. EmoWatch identifies and recognizes emotions of an individual via voice.

The application uses the technology of vocal recognition, Empath, which analyzes properties of voice like volume, speed, and pitch. By collecting this information, the emotion-tracking app charts ‘energy points’ of users. This follows by measuring energy level through barometer, which consists of collected ‘energy points’.

“EmoWatch enables users to easily measure and monitor their emotional state,” further he added, “All they have to do is speak to their Apple Watch. In order to maintain healthy mental well-being, it is very important to be aware of one’s mental state. The app tracks and charts mental states so that users can check their mood in any situation.”

The barometer of EmoWatch displays four dimensions of emotions namely anger, sorrow, joy, and calm. Shimoji also mentioned that, although this emotion-recognition app can analyze various mental states, it can be hard to interpret many emotions altogether if the number of indicators exceeds the necessary amount.

“The app gauges a user’s well-being, detecting whether their mental state is positive or negative,” Shimoji said. “We created this original barometer by analyzing correlations with POMS (Profile of Mood States) scores.”

Psychological rating scale (POMS) is designed to assess the states of mood. It includes of six significant standards. The EmoWatch app condenses all the emotional standards down to these dimensions: vigor-activity, confusion-bewilderment, fatigue-inertia, tension-anxiety, anger-hostility, and depression-dejection.

The Web Empath API has been made available to developers by Smartmedical. Users can easily sign up to know about the technology of vocal emotion-tracking.

Apple Watch owners can download the app from the App Store.

The app is described by Smartmedical as an ‘app for mental health’.

The description of the app reads,