Epic Games will provide prize money worth “$100,000,000” for the Fortnite’s first competitive plays being held throughout the 2018-2019 season. Yes! It’s true. The hottest video game maker made this announcement on its blog yesterday, without divulging any further details.

The available information is too short but the prize money is so BIG. Epic Games, once again broke the records and made Fortnite’s first ever esports tournament as the biggest in the gaming industry. The previous year, around $38 million in prize money was funded for “Dota 2” tournaments which is much lesser than the latest announcement.

Since launched in September 2017, the craze for Fortnite Battle Royale is soaring at an exponential rate. It has spread like a wildfire because the free-to-play PC/Console video game is available on iOS, PC, PlayStation 4, and Xbox One. It is soon going to arrive on Android devices too.

Epic Games majorly earns from game purchases of cosmetic items that cost between $9.99 and $19.99 in Fortnite Battle Royale.

Fortnite Battle Royale is officially the biggest game of 2018. It has at least 45 million players, according to January statement and over 3 million active users.

Since launched in September 2017, the craze for Fortnite Battle Royale is soaring at an exponential rate. Source: Epic Games

According to Superdata, Fortnite Battle Royale generated $223 million as gross revenue in March alone. Subsequently, Epic Games launched Fortnite in Battle Royale game mode on mobile in March this year. Here too, the gaming company earned $25 million in the first ever month on an individual platform.

The Fortnite Battle Royale is known as a global phenomenon. It has revolutionized the gaming industry post the introduction of Minecraft. The game requires less hardware and it is an easy, fun to play.

It is the most-watched title on YouTube and Twitch. The most famous actors and NFL players are live streaming their plays, too.

Even the 700 Epic Games employees are focusing on battle royale genre. In another blog post, Epic Games has discussed a series of general changes arriving on all mobile versions of the game. The developers have planned modifications in Voice chat, a customizable HUD, and game performance.

Something Bigger is Coming Up

With such big profits, Epic Games is ready to encash the popularity among the Fortnite’s massive fan followers and ardent gaming community. And $100 million prize money will definitely keep up the pace of Fortnite Battle Royale cult. 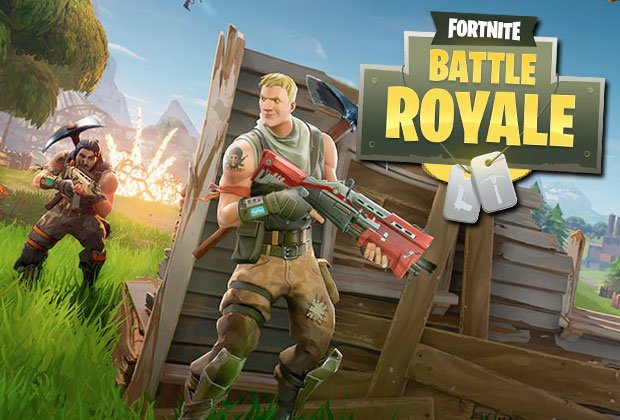 Keeping the financial talks aside, Epic Games is trying to identify some unique strategy to draw attention to the esports tournament. “We’re getting behind the competitive play in a big way, but our approach will be different – we plan to be more inclusive, and focused on the joy of playing and watching the game,” the company mentioned in the blog.

The previous month Epic Games whispered to hold a 100-person competition during E3 in June called Fortnite Party Royale. So, gaming community- tighten up your seat belt, the game has just begun. This is just going to get bigger and better, at least in terms of prize money.