Everything You Need to Know about Oculus’s Fierce Rival

Save the date and stay prepared, dear video gaming fans. The Japanese electronics giant is all set to lock its horn with the dominating VR giants, namely, Oculus Rift, Gear VR, and Vive. The market of VR is soaring high with every passing day. It’s not a hidden fact that the market of virtual reality is multi-billion dollars niche. Market leaders like Facebook, HTC, Google, and Samsung are involved in a fierce battle to dominate the world of VR. Sony, being a significant leader in the gaming and electronics market was missing from the battle, but no more. Much to the excitement of fans all over, the electronics behemoth has announced the PlayStation VR release date finally.

PlayStation VR is one of the most anticipated virtual reality devices to be released this year. Sure, Samsung’s Gear VR, HTC’s Vive, and Facebook’s Oculus Rift are the most sought after virtual reality pioneers, but considering Sony’s history with the culture of gaming, the gaming aficionados are anticipating the launch of PlayStation VR.

The relation of PlayStation with the world of gaming has traveled so far and their history goes a long back. At present, virtual reality is extensively used for gaming as compared to any other applications. In such scenario, the debut of Sony PlayStation VR in the highly competitive market of virtual reality can spell doom for the business of competitors. 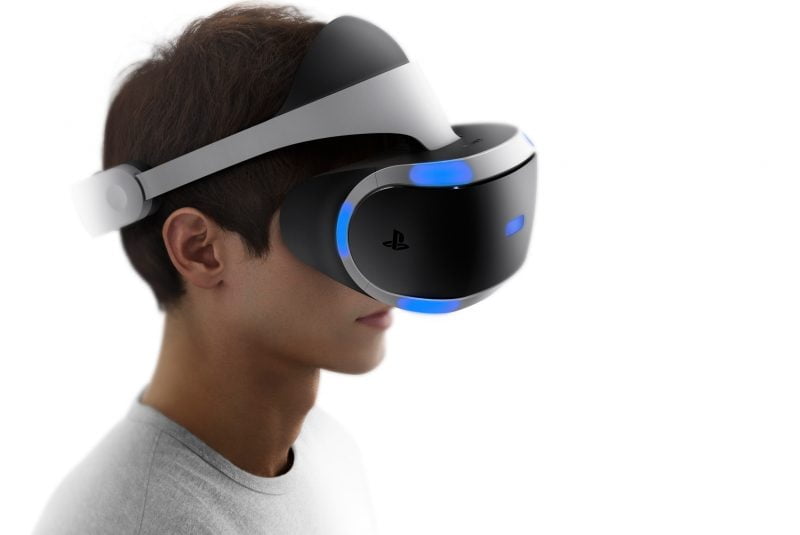 Also Read: Google IO 2016 Highlights: Nothing Too Exciting, But Big Gains for Marketers

October 13 has been officially confirmed by the company as the PlayStation VR release date. The fresh details related to Sony’s VR platform was revealed during Sony Press Conference held at the Electronic Entertainment Expo.

These are specially designed to function with the Sony PlayStation 4. This VR headset forms two sets of pictures, unlike other VR headset entries. The two sets of visuals formed are for headset and TV each, making the VR technology to be a communal experience.

The VR headset will be available for US$399 or US$499. It will arrive in a bundle equipped with PlayStation Move Controllers and PS4 Camera.

Also Read: 8 Most Important Tech News You Must Not Miss

Sony’s entire range of PlayStation VR game is continuously receiving more and more credibility with the latest batch of titles, which were announced at E3 Conference 2016. PlayStation VR is all set to release in October, and the company has done a remarkably great job at getting the high-end developers on board before the launch. The big names that have partnered with Sony PlayStation VR include industry’s leading players in the world of gaming like EA and Ubisoft.

8 Most Important Tech News You Must Not Miss