Anyone with a pulse can admit that life is a bona fide diva. For some it’s one big disappointment with a few sparks that make it seem like it may not be all puppies and smiles. For some it’s all sparks and one big opportunity ribbonned around a tiny bomb. Revolving around life’s general annoyingness is the story of Frederick Huston that needs to be told – an ex-inmate whose stubborn ignorance towards disappointments is invincible. 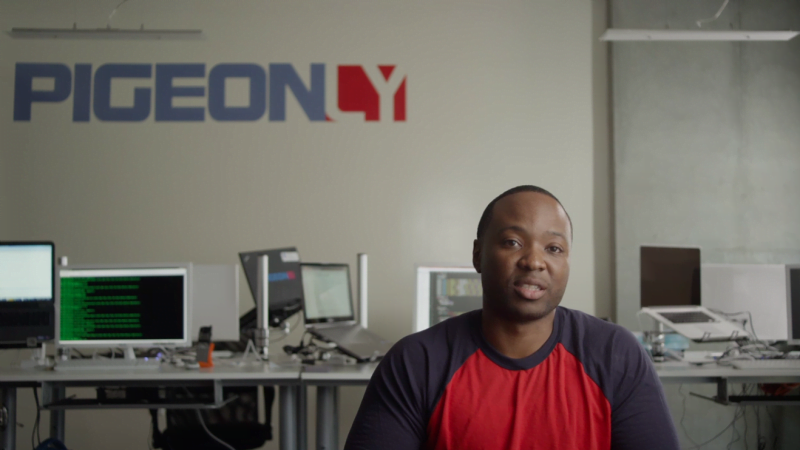 Growing up in Brooklyn, Huston started exploring the thrill of entrepreneurial success at a very young age. At the ripe age of 19, he launched and sold his very first business while he served a stint in the Air Force. Fast forward five years, and he would find himself serving a four-year jail term for drug trafficking, aged 24.

Pigeonly A Web Platform for Prisoners

Around 2.3 million prison inmates in the U.S. have to bear the brunt of an inefficient prison system where it’s quite difficult for them to communicate with their friends and loved ones. Huston, not someone who accepts life as it is, saw tremendous opportunity.

He started brainstorming on a business idea in his prison cell that would enable inmates to connect with their loved one. Once released from prison, he created a spreadsheet and wrote his first post-prison stint business plan, all the while rediscovering his love for entrepreneurial thrill. And thus, Pigeonly was born.

Huston raised cash through friends and family, and joined NewME Accelerator in San Francisco. The NewME Accelerator is a 12-week program for African American, Latino, and female founders, a group quite underrepresented among the entrepreneurial arena. Huston officially launched the business in 2012, along with his partner, Alonzo Brooks.

Pigeonly is currently in all federal prisons, one of the biggest and most heavily regulated government markets.

“I like to be involved in things I can be the best at. I don’t want to be the number two or three guy,” says Hutson. “Looking at it I knew we could be the best in the space – deliver the best UX across the board and build the best product at the best possible price. Everything is an ‘and’, nothing is an ‘or’.”

Huston’s time spend in the military helped him run the business with discipline, order and efficiency. “The Air Force was a great learning ground for me. It puts you in a situation where you’re forced to work with lots of people from different social and economic backgrounds – you learn to work with all types,” says Hutson. “It also teaches you to be highly efficient in everything you do.”

Pigeonly is designed to completely bypass real prison institution. It deals directly with prisoners and their loved ones. It is headquartered in Downtown Las Vegas and has 13 people in the staff. It has pulled in a sum of $2 million in seed cash. The question is, why did they choose Vegas as its headquarters? Huston says they have already set a very high bar when it comes to customer service. “We do it from 6 am to 6 pm, Monday through Saturday. Since we wanted to do it better than anybody else, who better to learn from than Zappos?”

Among its product portfolio, it’s Fotopigeon, a photo-printing service that enables friends and family of inmates to take photos on their mobile devices and have them printed and mailed to their beloved one. Pigeonly ships around 4,000 photos per week. In Federal prisons, inmates are sent to jail in different states, making phone calls usually long distance. Prison home providers often charge outrageous amounts for such long distance calls.

“No one had ever used technology to solve this problem,”

Huston believes they have only scratched the surface of the opportunities the market holds for them. There are seven million Americans either on probation, parole or correctional supervision. Pigeonly aims to be a means of resource for people who wants to rebuild their life post-prison stint, or need to secure their credit, employment status or a place to live.

“I am a builder. My creative outlet isn’t painting or music, but seeing problems and building solutions,” Huston says. “I get a lot of satisfaction from families who say we’re making a difference for their lives. These are real people with real issues and we’re solving those issues every day.”