Tuned app comes at a time when many couples might find themselves separated due to social distancing during the spread of COVID-19. 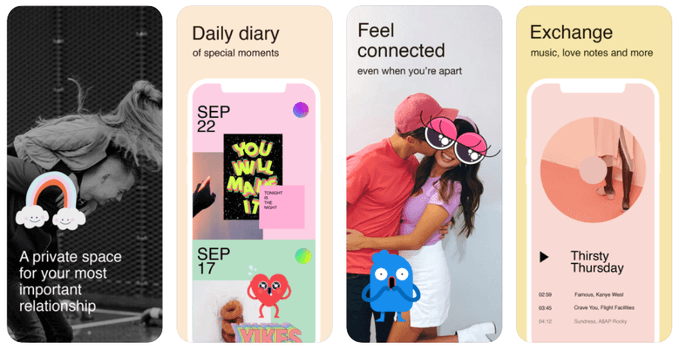 Facebook has launched a new social app for couples who have been separated by the current global pandemic. Tuned app allows partners to chat, share photos, music from Spotify, love notes, voice memos, and even their daily moods. The private digital scrapbook also has a daily diary feature.

Facebook’s Tuned app is currently available on Apple’s app store in the US and Canada.

Facebook’s New Product Experimentation (NPE) team, which created Tuned app, described the latest offering as: “A private space where you and your significant other can just be yourselves. With Tuned, you can be as mushy, quirky, and silly as you are together in person, even when you’re apart. Creatively express your love, share your mood, exchange music, and build a digital scrapbook of your special moments.”

Lately, Facebook’s NPE team has been launching a myriad of experimental apps on the app store. Although, not all apps are being promoted by Facebook. Last summer, NPE team launched a meme-making app, as well as one similar to Pinterest. Both didn’t see much promotion money pouring from Facebook, and it looks like Tuned app might suffer the same fate.

The private scrapbooking app isn’t much different than any other social network where one can chat with their friends and family. Facebook already owns Instagram and Facebook which offer users to send voice memos, music from music streaming apps, and photos in the form of stories. There are plenty of relationship apps on the Internet which offer activities or therapy techniques for couples.

Facebook’s NPE team said Tuned app is a private space for couples to be together during times of the coronavirus crisis. The “private” part is hard to believe seeing Facebook’s history of privacy gaffes.

Tuned app is currently ranked no. 872 in the US and no. 550 in Canada in the Social Networking category, according to data from industry site Sensor Tower.