Facebook Owned Oculus To Get Our Hands On VR Gloves

Recently, Mark Zuckerberg made a visit to his very own Oculus Research Lab and took up to the flagship social network to brief about the upcoming VR gloves. He shared some pictures which demonstrate their plans on heading near towards the development of Augmented reality and Virtual reality based technologies.

The Facebook-owned Oculus Research lab in Redmond, Washington is led by Michael Abrash who is a gaming expert. Oculus is currently offering the infamous Rift VR headset and touch controllers for a high-end experience of vision and movement respectively. 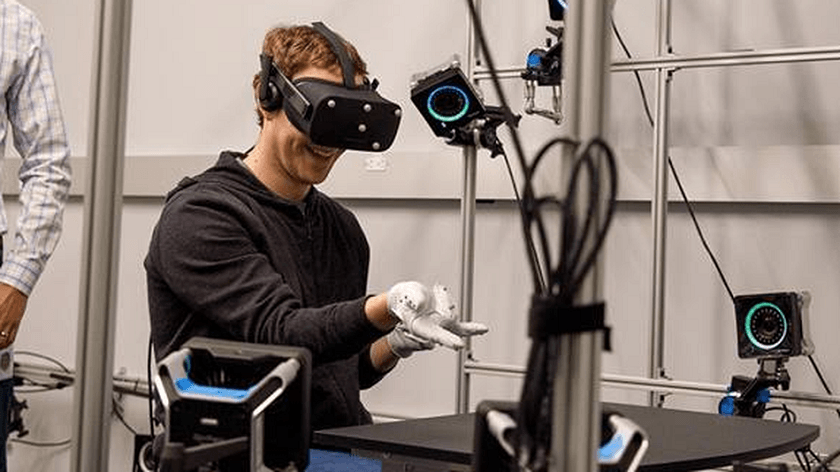 Oculus To Get Our Hands On VR Gloves

In one of the pictures shared on Facebook by Mark Zuckerberg, we get to see a glimpse of their might-be-coming VR product; Oculus VR gloves. With the development of Oculus VR gloves, the company wants you to experience playing music, hand-painting, typing on the keyboard and all those hand movements virtually, with the same feeling as you do in reality.

For the testing of VR gloves prototype, the setup that Oculus used seems to include the usage of Prime 17W camera by OptiTrack. This very expensive $3,499 priced camera is having features such as 70-degree field of view, a capture rate of 360 frames per second, a glass lens of 6mm and resolution power of 1664*1088. It is always a right move to use a highly developed product available previously instead of setting up your own manufacturing unit if it helps you to cut down the cost.

Facebook CEO Mark Zuckerberg has always shown keen interest in the development of Virtual Reality and Augmented reality. The social network company is now planning to build a lab, which could filter off micro and nanoparticles and the production to-be-done there be under the condition similar to totally clean vacuumed-room (for optics and lenses).

The VR gloves seem to be compact and thin; as such that we would be comfortable covering hands with it and working flawlessly. The gloves could be used along with the Oculus’ VR product; the VR Rift headphones.

Oculus has also joined hands with Pebble’s Interface; a start-up that is developing hand-tracking VR products. The move could help Oculus with its development proceedings of VR gloves.

We haven’t received any clear confirmation about coming up on VR gloves, but the CEO’s social media share does give us the brief idea. We look forward to writing the Oculus VR glove review soon!