Early Tuesday morning, Facebook announced details of its new cryptocurrency, Libra which is expected to allow people to send money to their loved ones and also buy things without any extra fee attached. As part of the announcement, Facebook released a white paper that explains Libra cryptocurrency and how the system works. The official public launch of the system is expected to take place in the first half of 2020 and you can buy out Facebook cryptocurrency either online or at local grocery stores with the aid of the Libra identification system. You will also be able to spend it with the help of any interoperable third-party wallet app or the Calibra, Facebook digital wallet.

Facebook is not in full control of Libra cryptocurrency. The social media giant will have just a single vote in its governance along with other members who have invested in the founding of Libra Association including PayPal, Uber, Visa, Lyft, eBay and Andreessen Horowitz. These founding members have invested over $10 million each to the project’s operations. They are all expected to earn interest in user’s cash-in money. 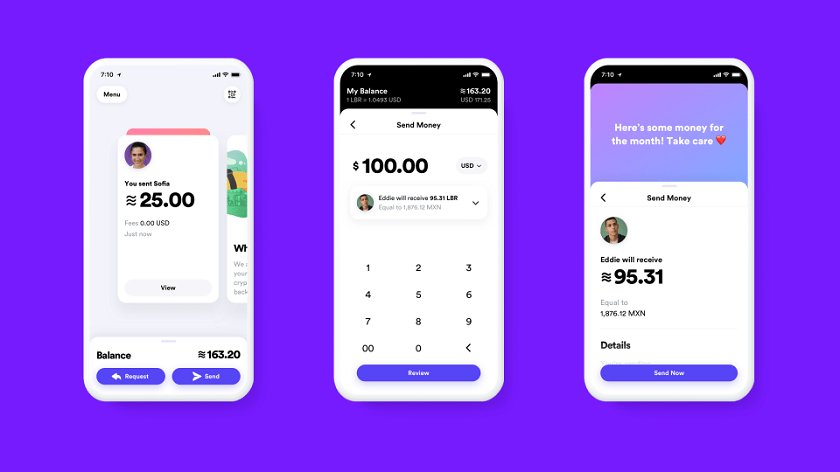 Facebook plans to launch a new subsidiary company which is called Calibra. According to the company, Calibra will be in charge of Facebook’s crypto dealings. Calibra will make sure the user’s privacy is protected by not mixing users Libra payments with their Facebook data.  At first sight, it looks like Calibra is a fairly upcoming and standard payments company; however, its integration with Facebook will grant it access to Facebook’s numerous user bases and also a huge advantage over any rivals.

Facebook hopes to establish a global digital currency that promotes financial inclusion for all. It is not Facebook’s intention to immediately begin to squeeze out tons of cash or begin early domination of Libra’s future. For now, it is pulling payments into its online domain. Facebook’s VP of blockchain David Marcus during a briefing at San Francisco’s historic Mint building explained Facebook’s motive and the tie-in with its main revenue source.  Marcus stated that “If more commerce happens, then more small businesses will sell more on and off the platform, and they’ll want to buy more ads on the platform so it will be good for our ads business.”

Facebook CEO Mark Zuckerberg in a post on Tuesday explained some of the philosophy behind both Libra cryptocurrency and Calibra. “It makes the system fairer overall. It’s available to anyone with an internet connection and has low fees and costs. And it’s secured by cryptography which helps keep your money safe. This is an important part of our vision for a privacy-focused social platform — where you can interact in all the ways you’d want privately, from messaging to secure payments.”

Facebook digital wallet Calibra is the company’s next fortune

Calibra’s immediate goal is to develop its own digital cryptocurrency wallet, launch it and then integrate it to all Facebook products. Calibra’s intention is also to become a member of the Libra Association and have its equal voting power with other members. When this happens, Facebook will enjoy the benefits of having more representation than other member companies in the Libra Association. Facebook will also claim not to be solely in charge of the cryptocurrency or the network alone.

When fully launched, Calibra will become Facebook’s arm that deals with loans, credit, money transfer, and commerce. More like the “Bank of Facebook”. Calibra will be the first cryptocurrency digital wallet with over hundreds of millions of users since it will be connected to Facebook’s massive database. The user base of Calibra will in no time surpass that of the currently existing digital existing wallets like Coinbase and others by over a hundred times.

“Why does it cost insane amounts of money to send money? That’s the goal,” says Kevin Weil, vice president of product at Calibra. “We want to make sending money as easy as sending a text message.”

The untold truth that “today’s money doesn’t work for everyone” is the background on which Facebook is creating Calibra. And the social media giant laid just the right foundation there. Weil said the determination of where Facebook digital wallet would focus on was derived from how WhatsApp is used in developing countries as a money transfer tool. People use WhatsApp to send photos of money transfer receipts to others, and with those images, they receive money across borders. This method is still time-intensive, cumbersome and extraordinarily costly, Weil said.

The digital wallet features will be integrated into Facebook, Messenger, and WhatsApp, according to Weil. And the Calibra will also be developed as an Android app and a standalone iOS app, to be used by those without Facebook accounts. Weil said that Calibra’s function is in two-fold: securing your money for free and allowing you to transfer it to someone of your choice, anywhere in the world. The transfer will cost a fee very much lower than the current international money transfer rates.

Facebook cryptocurrency Libra and Calibra will effectively coexist with Bitcoin and other cryptocurrencies, says Marcus. He, however, valued Calibra beyond the number of dollars or euros that it will be worth but on how and what the app will be used for.

“If you look at a stable, high-trust, low-volatility form of digital-native currency that would be available to anyone with a $40 smartphone and move around at very low cost,” says Marcus, “that is going to the extremely valuable.”