Facebook F8 2018, the annual developer conference kicked off on Tuesday with the keynote from the CEO Zuckerberg; laying the foundation for the social media platform’s future plans. The developer conference is expected to unleash a lot of exciting feed about the company until it concludes. We have seen the Messenger platforms upgrade, the VR app Facebook Spaces and much more. Let us also get down to some of the ground-breaking announcements like Facebook Workplace and the camera platform to advance Augmented Reality.

The Facebook’s ‘Workplace’ collaborating co-workers will release as a free version, allowing anyone to sign up. The company is planning to release it at the end of this year. Currently, the company is testing the software with some selected group of users. Facebook is calling Workplace a standard platform for the team collaboration.

Facebook also has plans to give a cutthroat competition to rival Microsoft’s Slack. The freemium Workplace by Facebook will charge organizations with $3 per user for the first 1,000 members and then will decrement to $2 for the next 9,000 members. After that, the price will get very negligible i.e., $1 per user. However, Microsoft charges around $6.50 to $12.50 per month providing things like added storage and search.

Secondly, Facebook plans on charging only for the IT tools, administrative controls and the integrations with G-suite, Azure and other services. So if your company doesn’t need to employ these additional tools, you would then be able to use the Workplace’s service for free.

Thirdly, Facebook Workplace has around 2 billion active users on the company’s social media platform. So the social media giant’s team collaborating software has a huge existing group to target.

Facebook is making great efforts to give a tough competition to its popular competitors. Let us see how the company convinces small and big enterprises to use its collaboration software.

At F8 2018, Facebook announced a camera platform for developers to advance in Augmented reality stream. The company recently introduced AR in its in-app cameras and is now planning to bring some more in AR stream to make a lead. CEO Mark Zuckerberg announced on-stage at F8 that AR would be the next platform for computing. On the same token, the company opens a closed beta that will let developers experiment with photo, video filters, games and more. 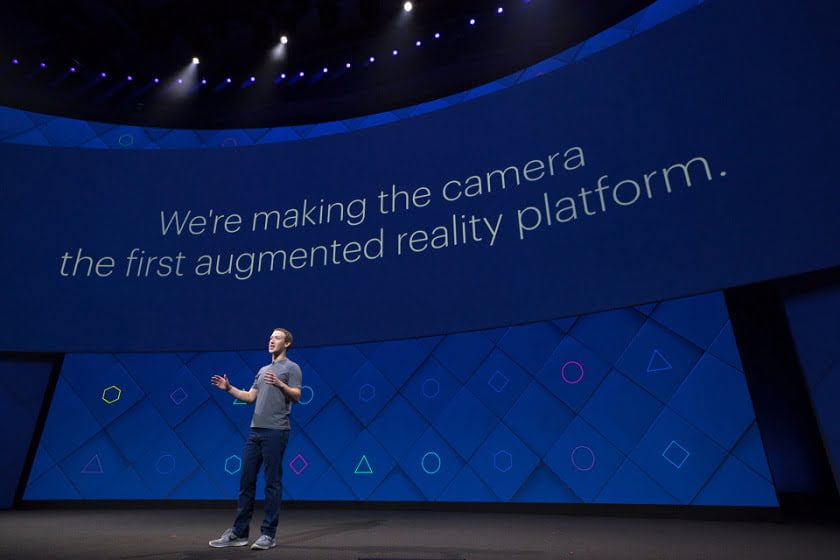 Zuckerberg showed the demonstration portraying a lot of amazing AR effects. Beyond the regular filters and frames, the company is planning to include 3D text and images on its platforms. Zuckerberg told Recode that the camera platform will launch with just six platforms.

Facebook’s camera will also add the AR effects on the objects. It tends to recognize the objects and add live effects on them. For instance, adding a smiley face on a mug or fins to your phone. Also, the company promises to roll out thousands of AR effects on its platforms which do not offer such wider range of effects currently.

Snapchat is the pioneer in the AR filters and 3D effects; releasing ‘World Lenses’ live filters on any objects today. Facebook at F8 claims that their AR advancement may soon beat its competitors.