Your true love has been taken away by a wicked bird and your goal is to rescue her. No, I’m not going bonkers; you actually need to do that to win in the game of Pinchworm. Haven’t you heard of this addictive game already? 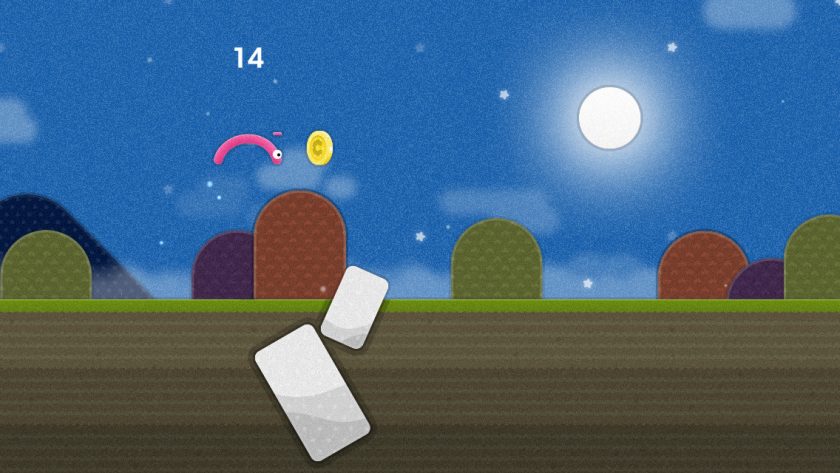 Mobile games are all about gestures and controls. You fling on an arc to kill those pigs in Angry Birds, while you need to tap to raise the Flappy Bird against gravity. But, two of Facebook’s employees, Joey Flynn and Drew Hamlin left their job at the social media giant to create their own apps. So, they decided to bring a new gesture to mobile games, and thus emerged Pinchworm, a game in which birds are the villains, unlike other games including Tiny Wings, Flappy Bird, and Angry Birds, making it the most popular iOS game (because worms are the new birds).

Pinchworm coolest game of the year

This game which has introduced the pinch gesture in gaming will make you go crazy on your smartphone screen. This game has a romantic and vengeful back-story, which is lacking in all other games of similar type. The story unveils as you proceed in the game, but the basic plot is: You are a worm, and you fall in love with another warm, but your love story takes a horrible twist as the early bird catches your beloved one and now you are on a mission to rescue your partner. The story gets you moving even when you are sick of scoring those single-digits. In the game, you (as a worm) would need to jump over rocks and dive under the flowers, collect some coins on your way, and search for your beloved.

To score more points, you need to get as far as you can, by simply pinching your fingers to jump over the rocks and pull them apart to dive under the flowers. The gestures and controls of the game may seem really easy, but it is really challenging mentally as they need quick reactions. This one will take some time to master and will test your patience, but don’t crash your phone if you are unable to get a score that doesn’t exceed the single-digit.

You can unlock various Pinchworm characters like Glowy, Pinky, Bluto, and Groovy. Some of the characters are available only through in-app purchases, which are starting from $0.99. Selecting different characters will also change the environment of the game, which makes it really fun.

The game is currently available for free on iPad and iPhone. Within a week of its launch, the game has managed to gain more than 100,000 daily active users. The game is placed at 8th position in the category of overall free apps, at 2nd place in the list of free games that are available in Apple Store. However, when it comes to free arcade games, it is the most popular iOS game in recent times.