Facebook’s Libra Not Welcome in France And Germany

Facebook’s Libra will be blocked in France and Germany.

The French Minister of the Economy and Finance, Bruno Le Maire, warned that Libra, Facebook’s controversial cryptocurrency, won’t be permitted in France if it’s launched as planned next year.

Speaking at an OECD conference in Paris, the minister said Facebook Libra would put national security and sovereignty of governments at risk. Le Maire – an outspoken opponent of the cryptocurrency – also said that Libra threatens to undermine the euro and destabilize the entire French economy. He told the crowd that if France’s economy took a hit, people could make matters worse by abandoning government-sanctioned currencies in favor of Facebook’s Libra.

“The monetary sovereignty of countries is at stake from possible privatization of money by a sole actor with more than 2 billion users on the planet,” Le Maire said, according to Vice News. “All these concerns around Libra are serious. So I want to say this with a lot of clarity: In these conditions, we cannot authorize the development of Libra on European soil.”

Governments and central banks around the globe perceive Libra as a real threat to the global financial system. Despite attempts by regulators and world governments to obstruct Mark Zuckerberg is preparing to launch Facebook Libra and has even hired a group of lobbyist to find a middle ground with the regulators. 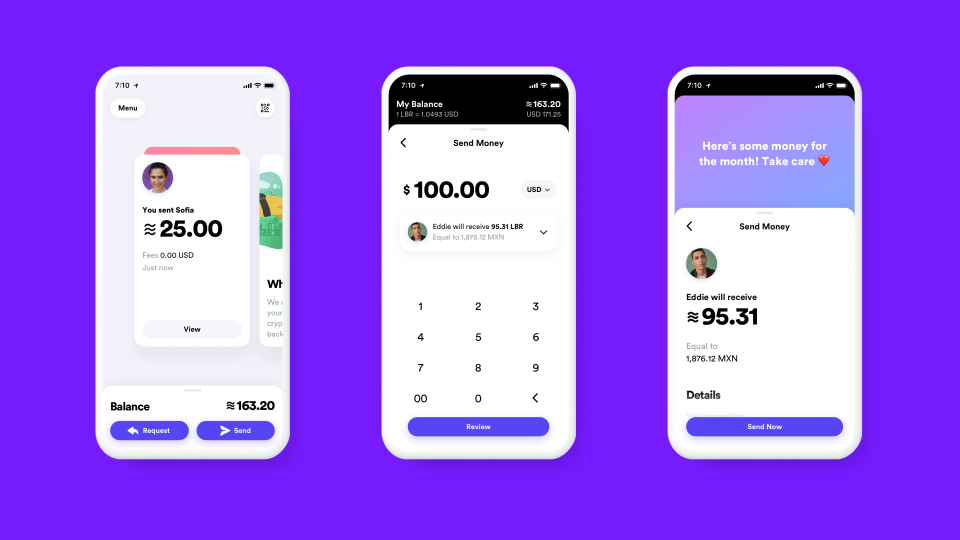 Here’s a sneak peek at what the experience of using Calibra will be like:

Lobbyists need to convince the European financial regulators that Libra will comply with regulations designed to prevent money laundering and the financing of terrorism.

Bruno Le Maire’s remarks draw attention to Facebook’s continual mishandling of its customers’ data. We are still seeing the aftermath of Cambridge Analytica scandal during which Facebook harvested 87 million profile. To improve its deteriorating reputation, Mark Zuckerberg announced plans to open a number of pop-up Facebook cafes across the UK. At these cafes, Facebook users will get free tea or coffee and a tutorial on how to customize their privacy settings.

It also appeared in the headlines four months ago with fresh scrutiny over its handling of user data. Apparently, Facebook had been paying hundreds of outside contractors to transcribe clips of audio from users of its services.

Let’s wait and see if Facebook’s Calibra (Libra’s digital wallet) is welcomed in the hearts and pockets of people worldwide.