Facing AirPods crackling issue? You can get a free replacement

Apple acknowledges the Airpods crackling issue, said it would replace those pods that crackle and rattle.

AirPods Pro crackling noise is the number one issue some users have reported lately. Within a few months after Apple started shipping AirPods Pro, few users started noticing either one or both the earbuds were making crackling or popping sounds. The AirPods crackling noises erupted would reportedly get worse whenever the user moved. Sometimes the rattling noises occurred after months of use.

Though Apple didn’t comment much initially, it usually replaced crackling AirPods if users took time and hit up support. The scenario seems that the issues with the Airpods have become more prominent and widespread enough for an Apple official acknowledgment saying that Apple launched an “AirPods Pro Service Program” specifically for swapping out the crackling earbuds.

A newly published support page by Apple outlines the potential symptoms of the AirPods crackling issues, both of which ultimately suggests that the issue has to do with noise cancellation systems:

Apple stated that units made before October 2020 are mostly affected, suggesting that they’ve fixed the rattling issue in units that are releasing now. The support page repeatedly stated that faulty units would be “replaced” rather than “repaired.” 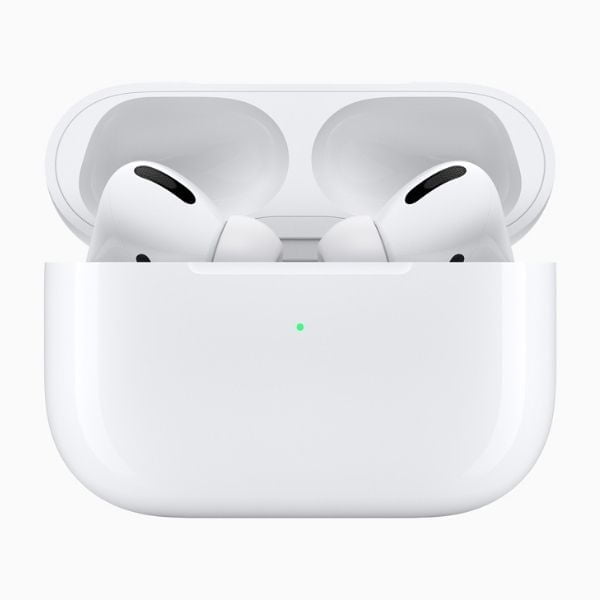 A newly published support page by Apple outlines the potential symptoms of the AirPods crackling issues, both of which ultimately suggests that the issue has to do with noise cancellation systems.

Apple announced the AirPods Pro on October 28, 2019, and released the pods two days later on October 30, 2019. The earbuds have features like a microphone that filters out background noise, accelerometers, and optical sensors to detect presses on the stem and in-ear placement. There is also automatic pausing when the earbuds are removed from the ears. The earbuds are rated IPX4 for water resistance.

The active noise cancellation feature can be turned off or switched to “transparency mode,” enabling the user to hear surroundings. Noise cancellation modes can also be switched in on an iOS device or by pinching the stems of the AirPods with the help of a “force sensor”.

The earbuds’ battery life is equal to the 2nd generation AirPods at five hours, though noise cancellation or transparency mode reduces the life to 4.5 hours due to the extra processing. The earbuds’ charging case advertises the same 24 hours of uninterrupted listening time as the standard AirPods case. There Airpods Pro also has Qi-standard wireless charging compatibility.