We are in that age of aeronautical science where we hear more about SpaceX than NASA. There was a time when every kid wanted to join the NASA in order to explore the unknown side of our universe. Now on a regular basis, we come across a substantial technological development by Elon Musk’s SpaceX. This spatial organization recently gained, even more, fame for coming up with an affordable and practical way to launch satellites. The organization came up with Falcon 9 rocket that could be reused after launching a satellite. Now the company is all set to go one step further with the launch of the Falcon Heavy rocket in November this year.

Falcon Heavy is a high-capacity rocket specifically designed to transport extremely large objects to the orbit and even beyond. Conducting such a transport outside the earth’s atmosphere with so much of weight gives us an idea about the strength of this rocket. This might be one of the first rockets in the world with such a high capacity. The date of this rocket launch has been altered a number of times but it seems that this latest announcement is the final one as Elon Musk himself declared it through a tweet on his official Twitter handle.

This rocket is a heavy-duty version of any ordinary rocket used up until now to launch satellites. Falcon Heavy literally consists of three Falcon 9 rocket cores strapped together. This is not a unit of measurement but the actual buildup of the heavy-duty rocket. The rocket has the ability to transport around 140,000 pounds of cargo to the Earth’s lower orbit. This gives us an idea that it might be the most powerful rocket ever witnessed in the field of aerospace till date.

Falcon Heavy is not just made up of Falcon 9 rockets, but it also holds resemblance with them. The three cores of the rocket are also partially reusable. They will come back to the surface of the earth after its launch. They will further be used for future missions as well. The anticipation of the Falcon Heavy rocket launch is quite high. This is because the project is being delayed for quite a few years. It was originally going to be launched in 2013 or 2014 but the date kept getting pushed back. It seems that this maiden launch will finally take place in November as Elon Musk confidently announced it. 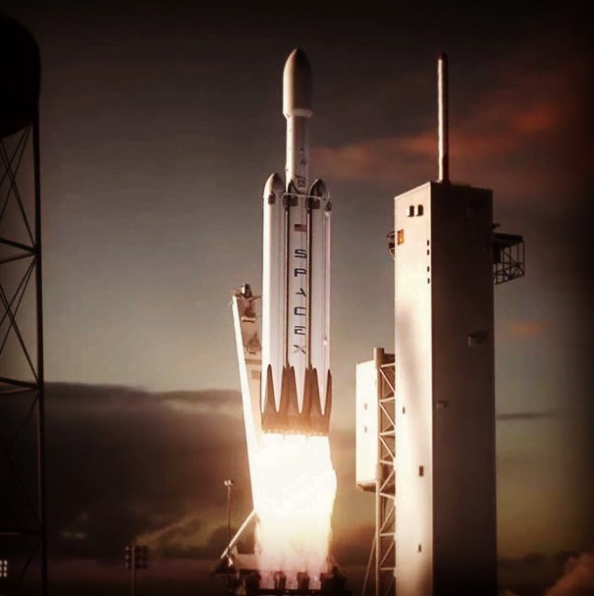