Most of us are aware of this year’s MET Ball’s “Manus x Machina: Fashion in an Age of Technology”. Kim Kardashian and Kanye West in robotic outfits, Dakota Johnson’s solar system, Karolina Kurkova’s cognitive dress, and Zayn Malik’s robotic arm. These celebrities brilliantly took the red carpet by storm in their designer outfits symbolizing technology in fashion trends. 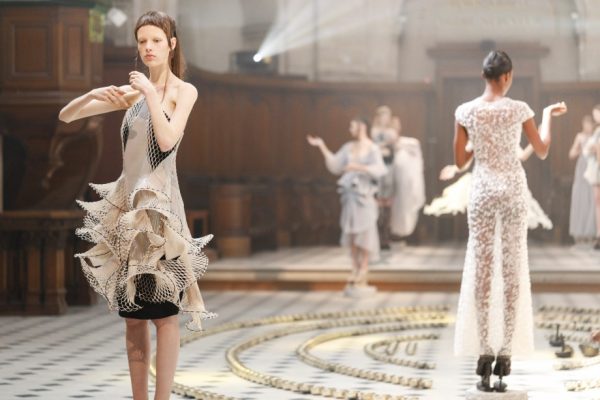 If you were thinking that this was the beginning of cross pollination of fashion with technology, you were wrong. There are several instances that demonstrate fashion technology has been an integral part of our society since a very long time. London Fashion Week’13, for instance, saw Decoded Fashion, a firm committed to merging fashion world with technology. Paris Fashion Show’16 saw brilliant designers demonstrating fashion’s close bond with technology. The inventions like the loom and the sewing machine among others display how technology and fashion depend on each other.

In the age of the computers, as the fashion technology revels in every possible thing, the infatuation has approached a whole new level. Trends like cognitive clothing and innovative 3D print are a huge hit in international fashion weeks. Rather than going for a normal couture, designers are exploring a new horizon with the merger of technology and fashion. A Dutch fashion designer, Iris Van Herpen, offered a breathtaking collection at the Paris couture show in July 2016. His designs were inspired by the visual representation “cymatics” of sound waves. 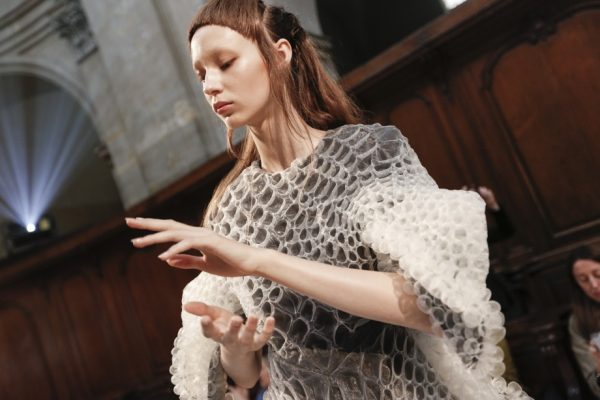 The garments showcased a variation of three-dimensional and organic structures, biomorphic volumes, and cult-edge techniques and materials. Technological experimentation was the reason behind the success of dresses. Japanese woven was a significant part of the collection. A dress from Van Herpen’s collection known as the dewdrop dress had Swarovski crystals hanged on a transparent silicone skin. The collection was uniquely strange yet exquisite.

In the phase of evolution of fashion, it took a long span for people to leave the use of needle far behind. Of course, it is the main tool even now. But thanks to technology, the traditional needle use is no longer the same. The luxury trends still honor the needle as the powerful weapon of a skilled workman. The needle is the core of the basic craftsmanship eventually. However, the emergence of 3D printing technology in fashion trends has started changing everything. Laser cutting robots and automatic stitching machines have revolutionized everything. Once regarded as haute couture collection is now fast fashion having global coverage. And what’s more interesting? It all comes at the fraction of the initial price.

3D Couture is The New Cool – Believe it or Not!

3D print is not just for body parts, toys, and figurine stuff, apparently, a beautiful evening gown is also a possibility. Not only Paris Fashion Show, but also Germany’s Platform Fashion Show offered a selection of 3D printed couture by designers from Asia, Europe, and the United States. 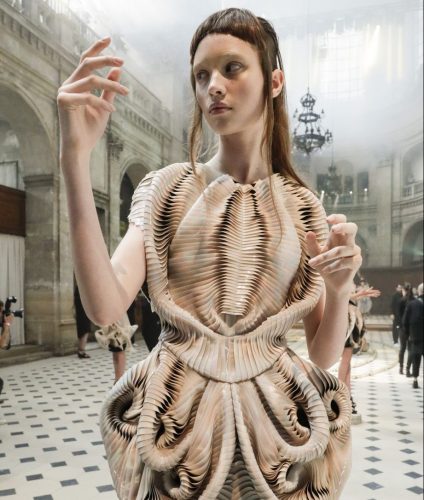 The designs were absolutely breathtaking, capturing both a soft fabric look and 3D printed structural one. The combination of 3D print with normal clothing is certainly a breath of fresh air. The elements of 3D prints in fashion trends shouldn’t come out as much of a surprise. Industries have already started printing organs, houses, toys, and automobiles in 3D. Nevertheless, it’s a fascinating approach to incorporate fashion and technology on the ramp. Not too far off in the upcoming years, we might be able to print an appealing office suit or even a t-shirt by ourselves at home.