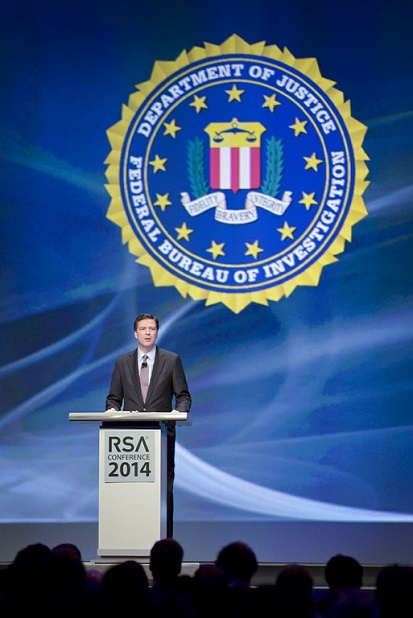 FBI director James Comey speaks to a group of cyber security industry professionals at the RSA Conference in San Francisco on February 26, 2016.

FBI director James Comey has dropped a hint at how much money the FBI paid to unlock the San Bernardino Shooter’s iPhone.

The answer is: “A lot. More than I will make in the remainder of this job, which is seven years and four months for sure.”

Comey said during an interview at the Aspen Security Forum in London, when asked how much of tax-payers money was shelled out into the hacking technique provided by a still-unnamed “outside party”.

This implies that the FBI spent more than $1.2 million for a hacking technique to open an iPhone 5c used by Syed Farook, one of the deceased culprits of a gun massacre in San Bernardino, California last December.

Acquiring that exploit drove the government to pull back a court order, which would have compelled Apple to build software capable of disabling the iOS devices’ security features, by effectively creating a backdoor for the iPhone. Vulnerabilities affecting iOS devices are by a wide margin the most sought-after, and are known to sell on the open market for more than $1 million.

Comey said the hefty price tag was worth it, “because it’s a tool that helps us with a 5c running iOS 9, which is a bit of a corner case, but I think it’s very, very important that we get into that device,” during an interview at the Aspen Global Security Forum in London.

Despite the FBI’s best attempts to put a positive spin on it, breaking into the iPhone hasn’t generally given agents any new information.

Comey additionally told the audience that the FBI isn’t requesting companies to think of ways to break into the iPhone 6 and 6S, dismissing the suggestion of having 18,000 law enforcement agencies hack into devices rather than simply mandating backdoors as backwards and unscalable. “I’m hoping that we can somehow get to a place where we have a sensible solution or set of solutions that doesn’t involve hacking, and doesn’t involve spending tons of money that isn’t scalable,” he said.