The largest lithium battery site was engulfed in flames with three days of efforts to extinguish the fire.

A fire that broke out at the largest Tesla battery installation in the southern hemisphere at the Victorian Big Battery site near Geelong has raised fresh concern about the risk of using lithium batteries to store renewable energy for electricity grids.

A 13-tonne lithium battery was engulfed in flames, which then spread to an adjacent battery bank, and it took three days to extinguish the blaze.

Lithium-ion batteries can be a stop-gap arrangement

The “Victorian Big Battery” project using the Tesla Megapack is the largest in the country, with 210 packs capable of storing up to 450 megawatt-hours of energy for the electricity grid. The Geelong site is owned and operated by the French renewable energy developer Neoen. The company says the 450 megawatt-hour battery has enough energy to power half a million homes for one hour, but its main role is to feed power into the grid when it’s unstable in order to stop blackouts. It was scheduled to begin operating in November this year. 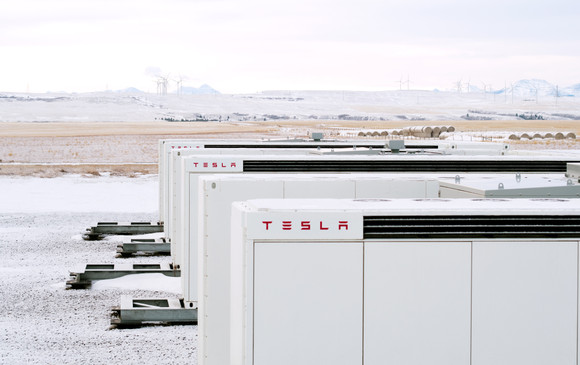 Battery industry is more worried about the lithium risks now.

Neoen said it was too soon to tell how the commission would be affected, and testing would resume only once safety conditions were met. Renewable energy wants attention for the lithium ion-batteries.

Utilities around the world are turning to large lithium-ion batteries to store renewable energy from the wind and the sun. According to consultancy Wood Mackenzie, the amount of energy storage deployed last year rose 62 percent, and the market is set to grow 27-fold by the end of the decade.

Lithium batteries are seen as a stable power source in times of need and extreme weather. However, the technology is far from perfect as it can be a stop-gap arrangement only and can produce a limited amount of electricity.

Lithium-ion batteries catch fire from overcharging due to a “thermal runaway.” Heat, as well as a mixture of gases, are produced, which, when released form a vapor cloud that can ignite or cause an explosion. There have been 38 large lithium ion battery fires since 2018, according to Paul Christensen, a professor at Newcastle University. In Beijing, a fire at a lithium-ion battery installation in April killed two firefighters, and more than 200 firefighters were deployed to bring under control. Last September, a large lithium-ion battery in Liverpool, owned by Danish renewable energy company Orsted, caught fire.

Experts are worried about the difficulty in controlling such fires. The fire is highly explosive and hazardous because of the release of gases.  “We don’t have a definitive answer of what is the best way to deal with an EV [electric vehicle] fire or energy storage fire,” Christensen said. “They [lithium-ion batteries] are essential to the decarburization of this planet but their penetration into society has far outstripped our actual knowledge of the risks and hazards associated with them,” he said.

What is worrisome is the risk involved when individual households increasingly install lithium-ion batteries to store energy from solar panels to reduce reliance on electricity grids.

Matt Deadman, lead officer for alternative fuels and energy systems at the National Fire Chiefs Council in the UK, said lithium-ion battery fires burn for much longer than usual fires and water only reduces their spread. “It’s about cooling the batteries and you can extinguish the flame but lithium-ion batteries will produce their own oxygen as they break down — they will keep catching fire again, we just take as much as heat as we can out of them,” he said.

“At the moment we rely on tried and tested firefighting methods using water which is effective but it’s not a golden bullet for solving these things as quickly as you possibly can,” Deadman said.

Tesla’s revenue from the sales of its megabuck batteries has more than doubled in the latest quarter. It raked in $801 million. Elon Musk Tesla chief, said safer variants of lithium-ion technology such as lithium-iron phosphate batteries — which use iron and phosphate instead of the metals nickel and cobalt — are suitable for its large battery installations.

Lithium is highly reactive; it reacts to stimuli and is difficult to control. Influences such as high environmental temperatures, too high charging voltage, short circuit, or even too much of a heavy strain can cause an exothermic reaction in the battery.

Gavin Harper, a research fellow at the University of Birmingham, said: “It is essential that we don’t stifle new innovation as it is imperative that we decarbonize rapidly, but at the same time, we need to take a precautionary approach as we deploy new technologies at scale.”

Researchers at Monash University School of Chemistry and Australian company Calix have come up with a novel lithium salt that could replace the more hazardous hexafluorophosphate salt used in the battery. They have tested the novel lithium salt for high-voltage lithium batteries in electric vehicles and grid-scale storage systems and claim the salt is less hazardous than conventional battery materials.