Amazon is leaving little or no room for competitors to invade your living space, especially the entertainment zone. Launched in June this year, Amazon Fire TV Cube is just the right product flourishing on this ambition.

Fire TV Cube is Amazon’s first hand-free media streaming player powered by Alexa, available for $119.99. After spending over a month with the device, here is a hands-on review of the Fire TV Cube. 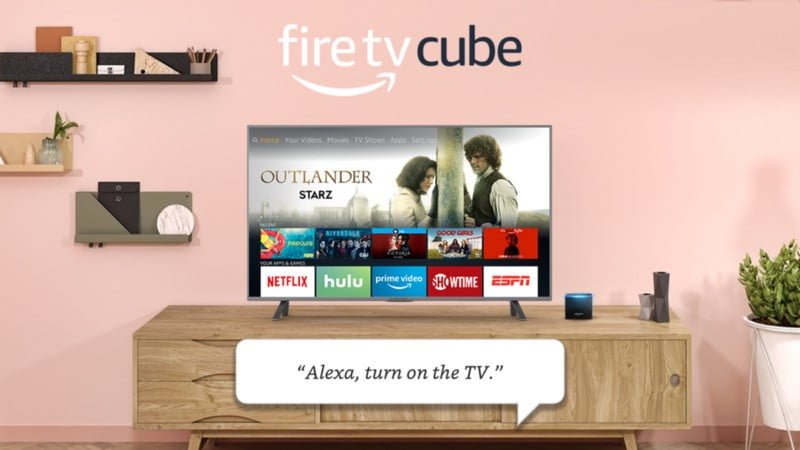 Contrary to the name, the Fire TV Cube is not exactly cuboid in shape. Its dimensions are 3.4” x 3.4” x 3.0”, which makes it slightly bigger in size when compared to Roku or Apple TV4K set-top boxes, but weighs much lighter than them.

It has a bright blue-colored LED emitter at the top front face which illuminates every time Alexa is in action mode.

On the top of Fire TV Cube, there are four physical buttons for controlling speaker volume, booting Alexa and muting the microphones (imperative feature). A similar set of buttons is available on Amazon Echo. Subsequently, on the rear side of the device there is a row of ports for Power, HDMI, Infrared and Micro USB.

It is integrated with 2GB RAM and 16GB storage space with no support to extend it, though the storage space is twice what is available in Fire TV and Fire Stick.

With an array of 8 microphones on the top of the Fire TV Cube, Amazon has integrated a far-field voice recognition and beamforming technology support to it. The Alexa-powered device can pick up the voice command from anywhere across the room. Alexa even complies with commands spoken from a distance of 15-20 feet or when other audio systems are blasting.

Unlike other Fire TV devices, Cube can connect to the internet over Wi-fi or Amazon Ethernet Adapter configured with an in-house dongle.

Even with the fact that Fire TV Cube is a voice-enable smart home device, the leading e-commerce company did not let go of the remote accessory completely. The Amazon Fire TV Cube box is packed with 6-inch long Alexa Voice remote which includes a microphone, a voice button, and a round navigation pad encompassing select button. There are buttons for Home, Back, Menu, Pause, Rewind, and Fast Forward. Yet, the remote lacks support to manage volume.

Here, the Amazon device misses an inbuilt YouTube app, however, one can still stream videos from the leading online video library through web browser feature.

So, the Amazon Fire TV Cube demonstrates all the similar capabilities as offered by pairing 4K Fire TV with Echo speakers. But it additionally gets an ability to control other entertainment devices connected to the television set like soundbar, A/V receiver, Blu-ray player and Xbox One. And when you command, “Alexa, set off everything”, Fire TV Cube will switch off the TV and other connected devices altogether. 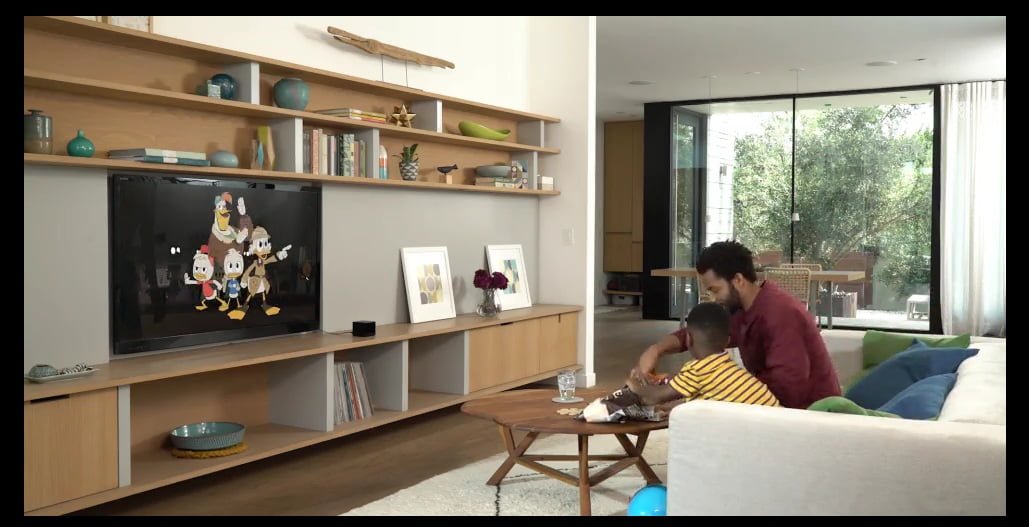 Thanks to in-built 40 mm speaker and Alexa, all this happens without event picking up even a single remote of any of the specified device, even when the TV is off.

Amazon Fire TV Cube is an advanced voice-assisted device which fuses set-top box and smart speaker utilities and enhances your entertainment experience. And following our review on it, with Alexa capabilities covering from TV to multiple connected media streaming players, Fire TV Cube intends to rule the living room segment for a longer time.