Fitbit Blaze Review: Slam-Dunk Design May Not Please Everyone

What happens when you’re an established name in the market and you’re about to launch a product, which has been highly anticipated by people?

Well, people start expecting more from you following every fresh release. It deeply upsets them when they happen to discover previous stuff presented in a rebranded manner instead of appealing, new additions. Nonetheless, Fitbit is facing the same dilemma with its latest launch.

Also addressed as one of the most prominent names in the ever-growing world of fitness tracking, Fitbit has started carving its own niche in the world. To prove its point of dominance, the company is back on the battleground of wearables with its brand new Fitbit Blaze.

This is where the twist lies! Don’t expect any groundbreaking additional features in the newest fitness tracker as it doesn’t have a single fresh feature, which will set it apart. And no, it can certainly not compete with the level of Apple Watch (previously quoted by many!), so surely Fitbit Blaze is not a rival, in fact, it stands nowhere near Apple’s brilliant wearable device. The ‘fitness watch’ by Fitbit offers accustomed tracking system with additional advanced fitness configurations, which the fitness tracking device manufacturer hopes will fascinate the armies of gym freaks and weekend runners.

The marketing team of Fitbit Blaze is portraying the latest Fitbit fitness tracker as the ‘new best friend’ of a fitness freak, but is it actually the right one for you? Read our Fitbit Blaze review to find out.

Placing it diplomatically, the design of Fitbit Blaze is polarizing. Few have even gone to an extent calling it downright ugly, but no, it isn’t ugly at all. The real reason why we cannot get around with the latest design is the fact that it looks almost identical to Apple Watch. The huge, square shape surely offers you tech-y vibes.

It has a tidy panel of 1.25-inch. The LCD increases the brightness making the gadget look pretty slick. The touch screen allows you to swipe through the options available on the screen. The button located on the left is a back key while the other two located on the right are used for choosing an option in the mid of a heavy workout session when your hands become sweaty. 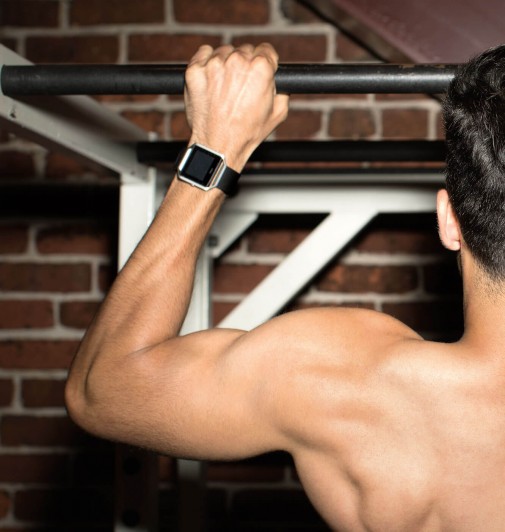 The main piece, which houses the electronics and the screen, is designed using black plastic. The top panel surrounded by a bezel that is black in colour is about 8-inch thick while the underside includes an optical sensor for heart rate.

Blaze does not arrive with ‘Always-on’ display that means when not in use, the screen turns black. This may sound good for issues regarding battery life, but it suddenly turns quite irritating when you need to turn on the screen every time you want to see the time.

Let’s just say the surrounding case with 1.5 x 1.75 inches makes it a tad too large for individuals with smaller wrist size. The traditional touch in clasp and watchband makes it easier to wear. The watchband arrives in three different sizes namely, Small, Large, and Extra Large (XL). But, it is hardly splash-proof. To avoid crisis due to water, you better take it off before heading for a shower.

The wafer-thinness of the blaze is a positive point as the light weight makes it comfortable for you to wear the watch all day long.

The interface of Fitbit Blaze consists of five screens in total. These are a Clock face to keep a track of your stair and step count, Timer, Today, Exercise, and FitStar.

One good thing about Fitbit smartphone notifications is that instead of being bothered by unnecessary notifications, it will only feature important ones.

You can keep an update on missed notification via Clock face by swiping it up. It is limited up to calls, calendar events, and text messages. Likewise, you can turn notifications on and off, and control music by swiping down the screen. 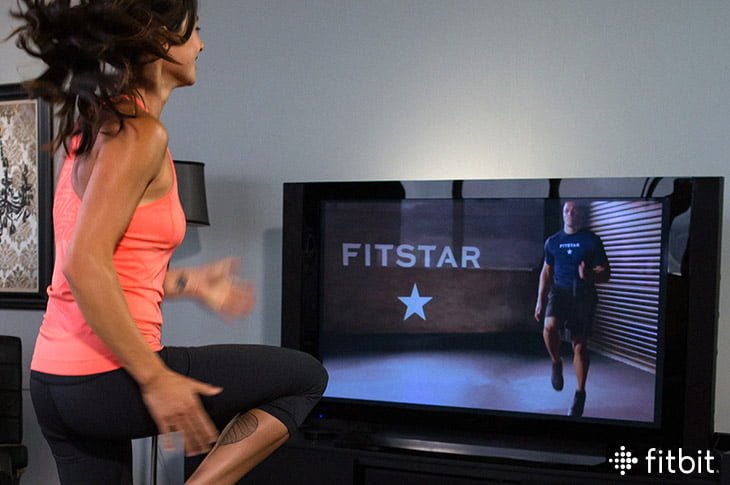 Similar to most fitness watches available in the market, the notifications are only available on ‘Read Only’ mode, in order to respond, you need to use your smartphone.

Unlike the Fitbit Surge, the latest model lacks GPS. In case you want to track the place where you bike or run, you’ll require a smartphone with you. You can rely on the three-axis accelerometer of this device, but you should not expect precise results.

After the same old, familiar features, the only exciting and unique feature to be added to Blaze is FitStar exercises. It arrives preloaded with workout videos. If you’re looking for more videos, you can easily download the FitStar annual subscription worth $39.99. The subscription will offer you instructional videos and personalized workouts on a smartphone, PC, or tablet.

The wearable device is easily compatible with Android, iOS, and Windows smartphones.

Blaze promises a battery life which can last up to five days. This feature makes the watch quite appealing provided bright OLED screen, svelte build, and smart notifications, which leaves a little space for a battery.

Don’t even think about waterproof feature; better remove your watch before a swim or shower.

The Bad: Frame is wide, the device is not shatterproof, and it is not waterproof.

Fit For: It is for individuals planning for a fitness watch, which is smarter than an average watch.

The makers of Fitbit Blaze have tried to bridge the traditional gap between a smartwatch and fitness tracker, but it certainly fails to reach that purpose. It is an appealing smartwatch offering a good price, comfort, and features, but somewhere the design of this wearable device (slam-dunk for sure) is not suitable for everyone.