Fitbit Charge 5 will fit your wrist just right with all much-needed specs.

Fitness trackers have become quite sophisticated over the last few years, with features like ECG and SPO2 monitoring becoming mainstream in these wearables. Although you have many options in the market, there is still a growing demand for an accurate, elegant wearable that is not too expensive.

Fitbit has been one of the pioneers in the wearable fitness tracker segment, with some of the best trackers. The company has recently introduced an upgraded version of their popular Charge series of devices, aptly named Fitbit Charge 5. We have always been fans of the elegant design, battery life, and accuracy of the Charge devices, so we had high hopes for this upgraded version.

In this Fitbit Charge 5 review, we will take a closer look at some of the best features of this device and determine whether it is truly worth your money.

The Fitbit Charge 5 was released in August 2021, and you can order it from the official Fitbit website. However, you can buy it from several retailers across the globe. 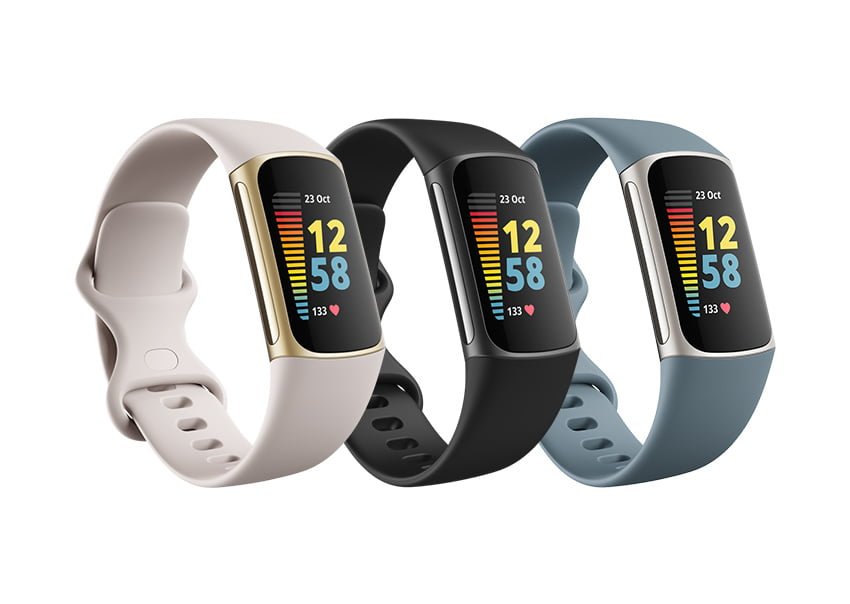 The biggest change in the Fitbit Charge 5 2022 edition is a 1.04-inch, full-colored display, a first for the Charge series devices.

While most Fitbit Charge devices were priced at $149.99 at launch, the company bumped the price to $179.99 for this iteration. In all fairness, several added features make the Charge 5 a much better device than its predecessors.

We have always been fans of the elegant and sleek design of the Fitbit trackers, and the Charge 5 does not disappoint. It looks and feels premium and with a minimalistic design. There is no physical or capacitive button on the front, which gives it a more streamlined look. A couple of metal plates on the side measure ECG and EDA.

The straps are made from a hypoallergenic silicone polymer. With a total weight of just over 28 grams, the Fitbit Charge 5 tracker is quite comfortable.

The biggest change in the 2022 edition of the tracker is a 1.04-inch, full-colored display, a first for the Charge series devices. The screen is bright, and you won’t have any problem viewing it even under direct sunlight.

As the device is a fitness tracker and not a full-blown smartwatch, the functionality is somewhat limited. However, some features, such as contactless payment, are quite impressive, and we appreciate the technology going into the device that makes the data reliable and accurate. The device contains a built-in GPS and has 20 exercise modes.

You can track your ECG as well as your SPO2 levels using the band, although we are not very sure about the accuracy and reliability of the ECG data. The ‘daily readiness score’ is a great feature that uses many parameters like your sleep, activity, and heart rate to calculate your readiness score. It might be a bit gimmicky, but sometimes, it feels nice to wake up and see how ready you are to take the world on!

The water-resistance of the Fitbit Charge 5 tracker is on point as well. You can go up to 50m in water without worrying about water damage.

The companion app is also quite well-designed with all the important data placed in the front and center. Although it will cost you to access some premium features of the app like workout videos and fitness plans, you get a complimentary 3-month free membership with the device.

It takes about an hour and 10 minutes to charge the band from 0-100% using the provided charger.

The only downside of the device is that it does not let you control music while you are recording an exercise routine using the band. While it’s not a big deal, we would love to see it fixed with a software patch soon.

Fitbit Charge 5 is a great fitness tracker with amazing features, accurate data collection hardware, and great battery life. If you are looking for an elegant fitness tracker that is accurate, you won’t go wrong picking this one.