Air travel can be much stressful when you have flight delays and cancellations! Vanish the flight stress with efficient flight tracking apps!

For people who are regularly on the move on flights flying from one place to another, keeping a flight-tracking app is the best option! These apps are useful for tracking the flight timings, arrival and departure timings, cancellations or delays. For someone who has to take a flight, they can check the flight status and leave for the airport accordingly if it is delayed or cancelled.

Flight Tracking Apps off the Year

Though most airlines have their apps, there are some applications which not only offer check-ins, flight tracks and boarding passes but give a real-time tracking of the planes in the air. Some of these flight tracking apps are:

This is one of the best flight tracking app available today. This app allows flyers to see aircraft in the skies in the real-time deal and check on departure and arrival times of the flight. Additionally, one can also search for a specific flight from the flight number, airport, or the airline name. The app also provides photos, flight data and a 3D pilot view for the people. For flight enthusiasts, there is also a subscription deal where for a specific amount the app gives new flight history, live weather overlays as well as aeronautical charts among others.

This app provides real-time flight tracking, and a flyer can also search for a flight by the flight number, airport, or a specific route. There is also a simple status page which highlights the scheduled and actual departure and arrival timings of flights, an aerial map view of the plane position as well as information about the weather, gates, and delays (if any).

The ASDB stands for Automatic Dependent Surveillance Broadcast, which connects with aircrafts broadcasting their real-time positions. The app, with its ADSB receiver functionality, gives live data of the plane from the skies to the flyers when they connect the right hardware into their phones. It also shows the plane positions with flight numbers, featuring them on a 2D or s 3D map. 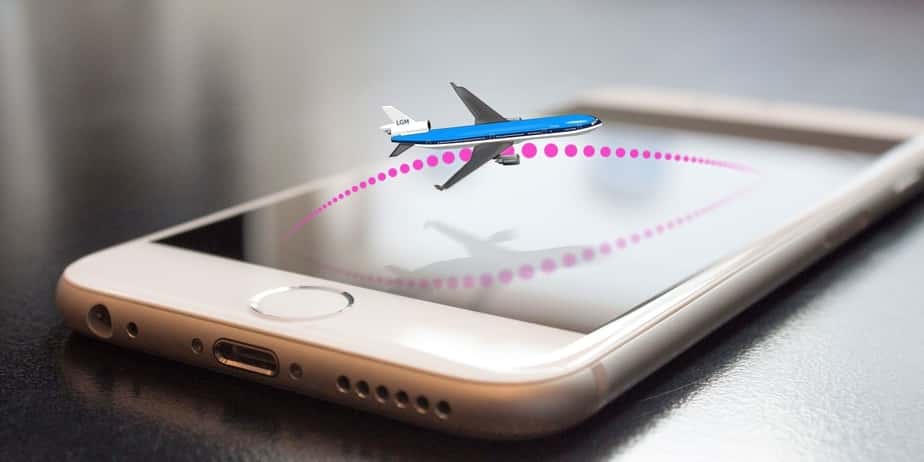 This app uses ADSB as well as MLAT (multilateration) technology to pinpoint the real-time location of the plane. The app also has a nifty augmented reality mode which lets the user identify the planes flying overhead if they hold their iPhone up to the sky. That is so cool! Flyers can also check for a flight by the flight number, location, airport, airline, as well as aircraft and can create or save their preferred filters and set custom alerts for a flight to get notified if it is nearby.

With this app, one can track the real-time status of flights and the location of any commercial flight in any part of the world. This is helpful when a flight is delayed. One can also see wherefrom the incoming aircraft is coming, how close the plane is from picking the flyer and what are the weather conditions on the route. Passengers can also opt for push notifications to know about the departure and arrival timings of the flight, as well as get notified for gate changes, delays or cancellations.

This app has a cool and easy-t-use interface which lists the arrivals and departures timings of the flight simply. The app provides information for 1,400+ airlines from across 16,000+ airports, with regular updates.