One thing which is constant in this rapidly changing world is the increase in population. With population increase comes the widening of habitat and increase in the demand of other basic human needs. One of the crucial human needs except for food, water, and shelter is transportation. We have reached that stage wherein even if a person owns a car, he prefers to use public transportation or cabs in order to avoid the inconvenience caused by growing traffic. Personal cars are now kept aside only for weekend outings. Even cabs are not feasible as it takes hours to reach your desired location during peak times. To curb this problem, a flying taxi startup is working in full swing.

People are demanding for flying taxis so that they can cover a given distance faster due to its immense speed along with the absence of congested traffic. Global ride-hailing giants like Uber are also on the mission to launch their flying taxi projects. A German start-up founded by four university students two years back seems passionate about this vision. Lilium Aviation was founded in 2014 in Munich aims to create a commuting system solely through the medium of air. In order to make this happen, the startup has succeeded to raise $90 million. 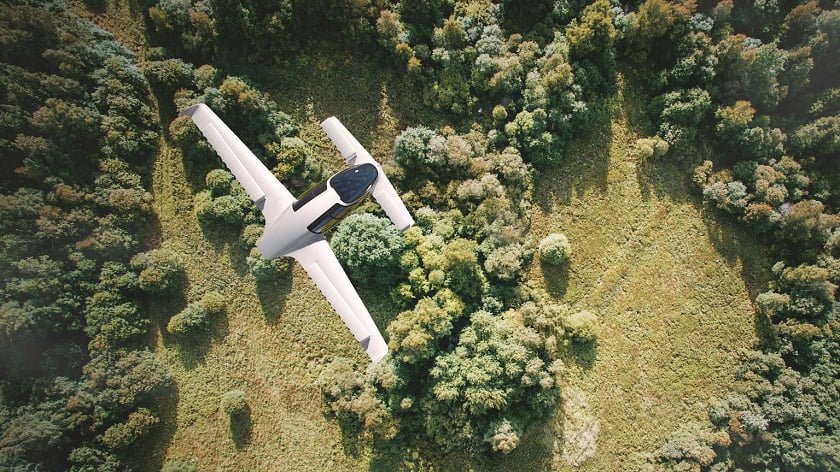 The vision of this flying taxi startup mainly focuses on creating all-electric jets which will take off and land in a vertical manner.

The vision of this flying taxi startup mainly focuses on creating all-electric jets which will take off and land in a vertical manner. This means that it does not require a runway for its take off as well as landing. All you need is an inexpensive launch pad on the top of the building and the electric jet is good to go. This will enable setting up many such launch stations across the city for better accessibility. This air taxi will be five times faster than a normal car. At the speed of 300 km per hour, it can also beat a Formula1 racing car. One can take such a ride at the push of a button and call it to the nearest launching pad. The company claims that it will cost around as much as a normal train ride.

The testing of this electric jet successfully took place this April. Thus Lilium will now concentrate on producing commercial models. The Series B funding of this flying taxi startup has helped it raise $90 million. Chinese tech giant Tencent, Twitter co-founder’s Obvious Ventures, and Skype co-founder Niklas Zennstrom have made contributions. The company states that this electric jet will be available for everyday use by 2025.