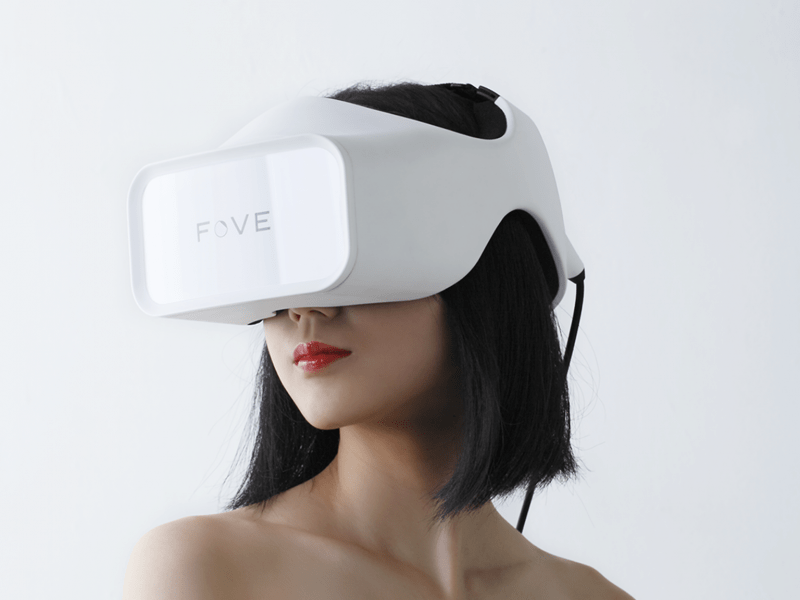 Now no need to strain your fingers with a mouse or remote-controlled touch pads/ buttons, as FOVE, a startup firm based in San Francisco has developed eye movement tracking technology for virtual reality. This technology kernel may feel like a key for the perfect illusion of immersing in a 360-degree world of VR.

FOVE is the latest gadget inspired by virtual reality, which aims at forming a unique human connection in the VR world. The device tracks subtle eye gestures for offering a precise VR control.

Just with a simple glance, you can make your video game character talk with you. You can use a deadly stare in order to shoot down flying virtual spaceships. You can watch a movie and easily tour around virtually wherever you want to.

The eye movement tracking device allows you to enter inside the virtual world, which lies behind the display. The term ‘FOVE’ emerges from ‘FOVEA’ that is a part of the eye known for having the sharpest vision. It uses small infrared sensors inside the VR Gear to track the eye movement of the wearer.

The infrared sensors reflect the light off our retina for the purpose of registering the angle of our eyes. A unique algorithm calculates the eyes’ parallax to measure and track depth-of-field focus.

The device is certainly prepared to face a fierce competition from big league VR power players like Oculus, Sony Playstation, HTC Vive, Samsung Gear, and Microsoft HoloLens, as well as established eye-tracking firms like SMI, Tobii, and Eyefluence who are working with VR headset manufacturers.

The eye movement tracking VR headset maker has closed a deal of $11M Series A. Samsung Venture Investment is one of the main investors. FOVE has also established strategic partnerships with new investors and it will use Series A to boost headset’s mass manufacturing.