Future Laptops Will Be Thin & Light

Here's how the epidemic has accelerated certain trends by bringing up new laptop technology, which will be reflected in future laptops and beyond.

Future laptops will be smaller and lighter, and they are also going to be designed to last longer. What does this mean for us?

In the future, new laptop technology will make laptops even thinner and lighter giving rise to the futuristic laptop we hope to see. They will also run for longer periods without needing to be charged. This means that we’ll be able to carry them around everywhere and use them whenever we want.

It’s not that we didn’t realize that turning every home office into a primary office would lead to increased demand for better cameras, microphones, displays, and other equipment. However, responding to that need —by inventing a new product or adding new features, then manufacturing and distributing it —is a multi-year process. That’s why we’re only starting to see simple features like full-HD cameras becoming widespread as we approach 2022 at CES and beyond.

Here’s how the epidemic has accelerated these trends by bringing up new laptop technology, which will be reflected in future laptops and beyond.

Improved webcams and microphones are one simple solution made by the latest computer technology to bring about the best futuristic laptops. For years, the 13-inch MacBook Air was the most widely useful notebook available. The subpar 720p webcam is the only major problem. You could practically know who was using a MacBook in your Zoom meeting if you saw enough of these, just like some experienced radio DJs can determine which microphone someone is using just by sound. 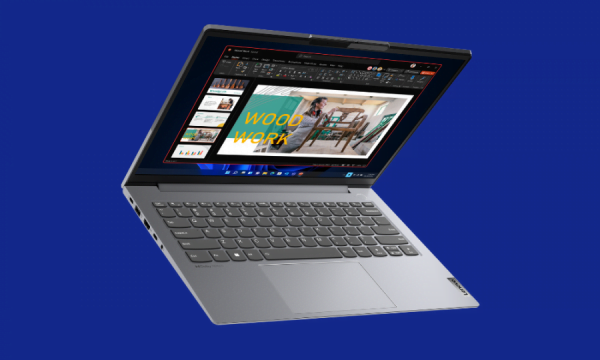 Thanks to the latest computer technology, Apple immediately began bringing out stronger cameras, beginning with the 2020 iMac 27-inch model. The 24-inch iMac and the new 14-inch and 16-inch MacBook Pro computers maintained the trend.

Many more full-HD cameras will be available in laptops from Lenovo, Dell, and others starting in 2019 and continuing through 2022. It won’t be in every model because it’s still an extra cost and, to be honest, may necessitate a larger camera unit, but it’s getting closer to becoming the universal standard every day. And that’s a wonderful thing whether you work remotely or at an office.

Numerous new improvements in future laptops promise to alleviate some of the unpleasantness associated with remote work. Many of these have already been disclosed, such as Dell’s Flow idea, which uses proximity to connect and disengage a laptop from a secondary display seamlessly. Dell’s Pari webcam prototype, which is wireless and can stick itself wherever on your screen to acquire the perfect eye line, was also appealing. Alternatively, you could pick it up and point it at anything, from the blackboard across the room to the wonderful idea you scribbled on a cocktail napkin.

These projects are still in the concept or prototype stages, so don’t hold your breath for them anytime soon. However, I believe that this year will see more inventive assistant apps and features, such as computers that can detect when someone is peering over your shoulder, or that can log you in using facial recognition, even if you’re wearing a mask.

Smart desks could be the final frontier. What will it resemble, and what will it accomplish? I don’t believe there is any general agreement on this, but it will begin with wireless charging and then expand to include additional displays, ergonomic modifications, and more.

Future laptops are evolving into something much bigger than their current form. They are becoming more portable, flexible, and powerful. The next generation of laptops will adapt to our new lifestyle. The year 2020 and 2021 served as a significant indicator of computers in our daily lives, at work, at school, at home, and in almost everything we do. It began around March 2020, when many employees took their office computers home and did not show up to the office for at least 18 months.

Due to the outbreak, each person per laptop became even more of a regulation. This was because every individual member of the household, both adults and kids, required their full-time system. You could have your business computer with you, but it’s outdated and clunky enough that you’d like something different. You or your partner may be a freelancer who needs their computer. However, every family member with a school-age child needs a personal laptop for remote schooling —no more having a shared system or having a family PC positioned.