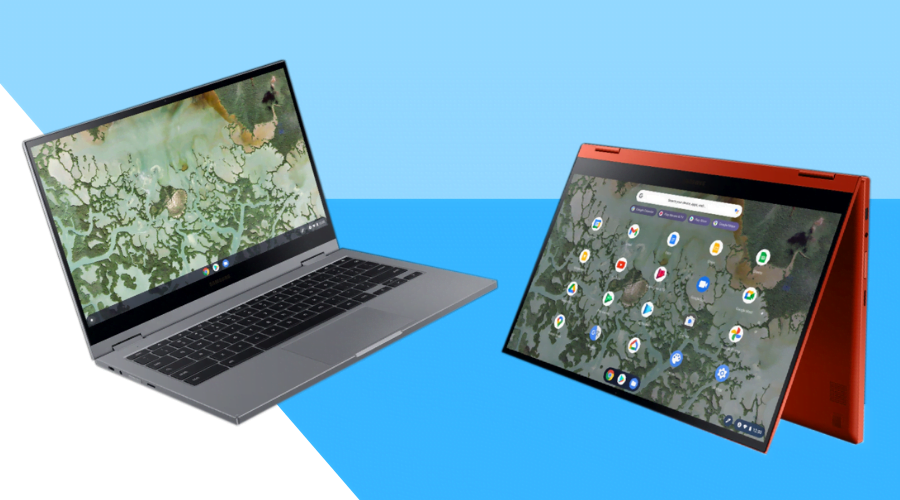 The Samsung Galaxy Chromebook has a striking 13.3-inch Chrome OS, a 4K-resolution AMOLED display, and a powered Intel Core i5 processor. The first Chromebook has the 13.3-inch QLED display and 1,920 x 1,080-pixel resolution- a combination usually found only in Samsung Windows 10 laptops. The Chromebook has the Celeron configuration- with 4GB memory power and 64GB storage. The rest of the Chromebook 2 and Chromebook package is similar, with a 1.2 kg body, a sleek aluminum chassis, backlit keyboard, and a color-coordinated touchpad. Both the devices also have multiple USB-C ports, a headphone jack, and a right microSD card slot.

One similarity between Chromebook and Chromebook 2 is that both the devices don’t support Samsung S Pens. Instead, Samsung included the USI pen support.

If you are looking for a budgeted device, the Chromebook 2 is a fair buy. If you want higher specs and willing to shell out a bit of money, the Chromebook is the one you should go for!