Samsung unveiled the Galaxy S10 models and the bendy Galaxy Fold last month to the satisfaction of many fans, next for the year is an all-new Galaxy Note 10.

Considering what Samsung did with the Galaxy S (in the number range), expectations are that the company will also move to two-digit numbers on the Galaxy Note range. The Samsung Galaxy Note 10 promises to be a stylus-touting handset. It will most likely be unveiled on-stage in July or at most August.

Samsung did lots of amazing work with the Galaxy Note 9 announced in August 2018. The phone came in a gorgeous design and had lots of useful productivity features centered within the mighty S-Pen stylus. These staggering qualities of the Galaxy Note 9 suggest the big question. What more will Samsung improve on in the version of its productivity-focused range? The answer is within reach; read on!

The pattern of Samsung’s Galaxy Note series design is known already. It’s usually big handsets with minimal bezels and curved screens to go with it. Nothing shorter than the obvious Infinity-O display design known to the Galaxy Note range will come as a surprise.

So, unless something happens differently, expect the new Galaxy Note 10 to maintain the Galaxy Note range design. The design will allow the screen to occupy most of the handset’s front corners, leaving little space for the bezels. The phone’s front-facing camera, which will be positioned in the top right-hand corner of the screen, will be rehoused in an O-shaped cut-out and the phone’s speaker grill is kept at the borders around the phone. 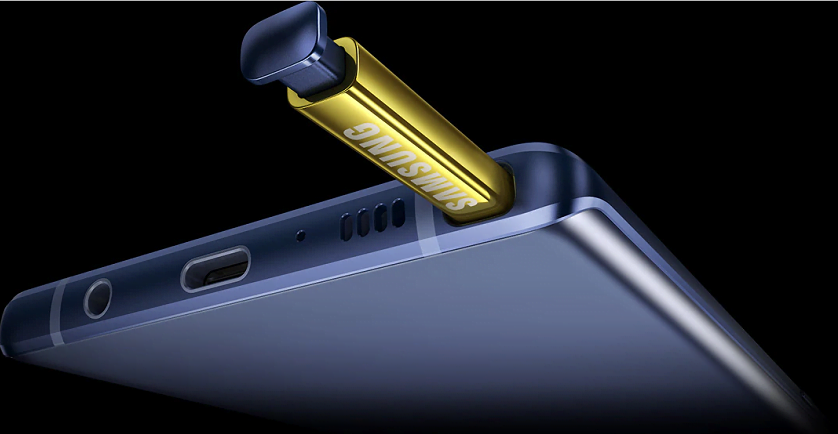 New reports from the Asian media said Samsung may likely increase the size of the screen to a pocket-busting 6.66 inches, just to have to stay ahead of the pack. The company is also to include an Ultra HD 4K and HDR support. With all these in place, the Samsung Galaxy Note 10 is set to have one of the greatest displays ever seen in front of a Smartphone.

YouTube popular channel Tech Configurations showed a concept video showing the Galaxy Note 10 in copper, light blue and purple. The Galaxy Note 9 was available in these three colors including black color, so we likely might see the colors being repeated. However, even with the video, it’s still early to speculate the color quality the giant handset will come in.

According to recent leaks from Samsung, the codename for the Galaxy Note 10 is “da Vinci”. The name suggests that some kind of reinvention is actually in the pipeline. It could also mean a total redesign or a phone that will be significant for creativity.

A serious bump in specs is expected to in the Smartphone. To enable super-fast processing, video editing, and better battery life, the Qualcomm Snapdragon 855 or the Samsung-built Exynos 9820 is likely to be in Note 10. It was rumored, however, that the Exynos 9825 will be launched later this year. That means it’s possible to have a new Exynos chipset in the Galaxy Note 10. If the phone is powered by Exynos 9825, it will boost its performance, battery life, and its 5G network capabilities.

According to reliable information from Samsung-centric blog SamMobile, the Galaxy Note 10, with the factory model number SM-N975F will have a quadruple rear-mounted camera. Samsung recently introduced the third camera to the back of its latest entry into the Galaxy S range. If the report on the new Note 10 is accurate, then it seems Samsung won’t be holding back in throwing extra lens around.

Well, the Galaxy Note 10 price calls for some cash preparations. If the lowest configuration of the Samsung Galaxy Note 9 was sold for $999, then, there is no guarantee of a price cut. The Galaxy S10 went on sale for $899 for 128GB of built-in storage, and then $1,149 for the model with 512GB of built-in storage. The Galaxy S10 Plus, which most likely the Galaxy Note 10 is patterned alongside in terms of screen size and specs, is sold at $999 for the 128GB model. Then for the 1TB storage model of it with 12GB of RAM, you get it $1,599.

If the Samsung Galaxy Note 10 as expected is 5G networks enabled, then it certainly will exceed any of these Galaxy S models in price.

Currently, what we have are just speculations as there has been no lead into any of Samsung boardroom meetings lately. But then, it’s a safe bet that the Galaxy Note 10 release date will be exactly one year after Galaxy Note 9 was released, in August 2019. That will also be about five months after Samsung released the Galaxy S10e, Galaxy S10, and Galaxy S10 Plus. The duration between the releases of these phones provides enough time for each one to make an impact before the next Samsung flagship arrives.