Samsung Electronics is all set to dominate the global markets once again following the Galaxy Note7 release. August 2, 2016, has been confirmed by the company as the official launch event of Galaxy Note7 Unpacked. The South Korean electronics giant is already ruling the market this year, thanks to Samsung Galaxy S7 and Galaxy S7 Edge. Not only smartphones, but the virtual reality department of Samsung too came out as a profitable division. Gear VR is considered as one of the strongest dominants in the VR market. It’s known to be giving a hard time to HTC’s Vive and Facebook’s Oculus. 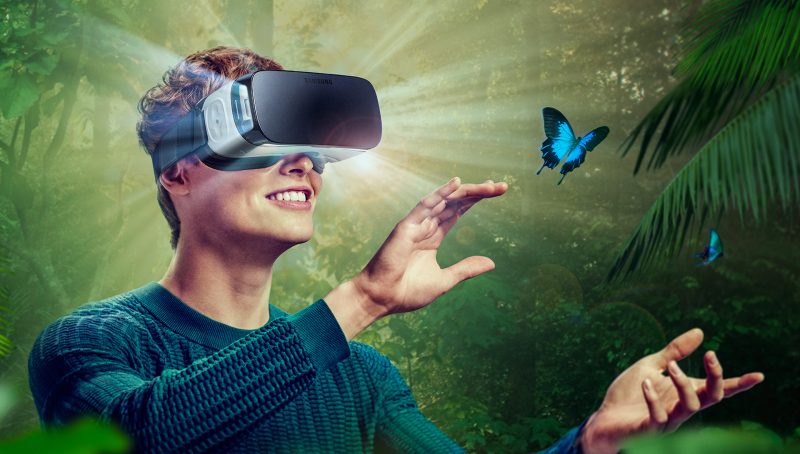 The world’s largest smartphone maker by shares has no plans to stop its global domination. This is why Samsung is releasing New Gear VR during Galaxy Note7 release event. There is no official confirmation about the VR from the company, but the latest rumors hint the new gear release. And why not? The Galaxy Note7 unpacked is a great platform for promoting the new VR gear. The product will get more hype resulting into more marketing. Promotions and high-scale marketing is something that Facebook has done quite well with Oculus.

The new Gear VR is expected to be 207(W) x 122(D) x 98.5(H) mm, which means, it’ll be wider and taller than current Gear VR. Following the tradition of Note7, the images show that the new VR headset will go with USB Type C connection. Another leaked specification suggests that it will take diagonal view field to 100 degrees from 96 degrees.

As it has been noted, Samsung has revealed three programs powered by Gear VR recently. These programs will demonstrate the power of the Samsung Gear VR. The first program will teach about ballet to children in Australia. The second program will help elderly in Australia to celebrate Christmas this month. The third program will present the visitors of Centro Cultural Palacio La Moneda in Chile with the exotic life of ancient Egypt.

The rumors reported by Onleaks confirm that the new Gear VR will be shipped with Galaxy Note7. The upcoming Note model, which arrives in a sleek model, will feature a USB Type- C connector. If leaks are to be believed, it will measure 207mm x 122mm x 98.5mm, thus offering a much better 110-degree view of the field.

As long as the Galaxy Note7 features are concerned, the device is forecasted as a lucrative one for the company. The Note7 will arrive with a 5.7-inch QHD Super AMOLED Display. It will have 12MP rear and 5MP front camera. The device will offer f/1.7 aperture, OIS, and 4K video support. The onboard storage offered by phone is 64GB RAM. For external storage, the phone will have a MicroSD card slot. In other words, the phone is going to be another power-packed device by the company this year. Galaxy Note7 is likely to feature an iris scanner, which will make the device even more compelling.

The upcoming Note7 is likely to carry forward the newly introduced ‘waterproof’ legacy by the company. We aren’t sure, but the phone with curved edge screen will possibly feature new software interface, Grace. Samsung will possibly mimic Apple’s pressure sensitive touch screen, but there are no official reports on the news. The phone will be available in two colors – Black and Blue.

The models will be available for purchase from August 19 onwards on T-Mobile. Samsung has scheduled the Galaxy Note7 release date a month ahead of iPhone 7’s possible launch.

Previous Gear VR was sold for US$99, which was quite affordable. The price for this upcoming device remains yet unknown.

Brace Yourself For the Samsung Galaxy Note7 Unpacked