Samsung has reportedly ditched plans to include fingerprint sensors under the screen of its next-generation Galaxy S9, according to South Korean news outlet The Investor. The Samsung Galaxy S9 leak also reveals that Samsung plans to make the rear-sensor placement a design trend. Chances are good that a futuristic fingerprint sensor will be placed in the middle, as seen on Google Pixel 2 and LG V30.

The Galaxy S8 which came out 9 months ago, was a stunning model with one of the best designs, giving it an edge over the competition. A new patent from Samsung Electro-Mechanics suggests Samsung is holding back from placing a fingerprint sensor under the glass. In fact, the Galaxy S9 leak reveals the fingerprint sensor will again be onto the side of the camera. Now this placement is one of the biggest gripe, as the sensor keeps touching the camera. We truly hope Samsung decides against the pesky design. 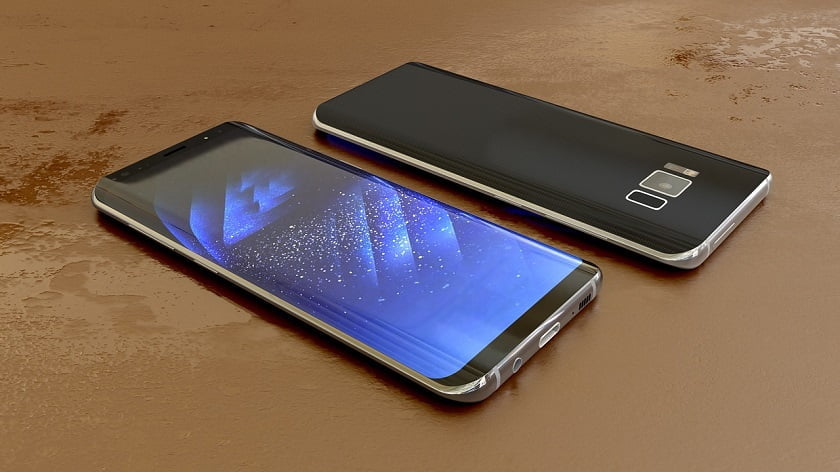 A new patent from Samsung Electro-Mechanics suggests Samsung is holding back from placing a fingerprint sensor under the glass.

Apple, Inc., one of Samsung’s biggest rivals, has given up entirely on the fingerprint scanner in the new iPhone X. While Apple is betting big-time on facial recognition, Samsung is sticking with the fingerprint sensor. Unfortunately, Samsung has failed to adopt the in-display fingerprint scanner, largely due to technical difficulties. As the phone becomes slimmer, the South Korean tech giant is struggling to find places to install sensors, which were previously located under the thick bezels.

This does not mean Samsung is giving up on the biometric technology. Samsung will deploy the technology on the much-awaited Galaxy Note 9, which is expected to be introduced in August next year.

The new patent also describes the techniques used in a new camera module for smartphones. The Galaxy S9 will use multiple lens elements to increase the image quality. The patent also describes the use of a broad band anti-reflection layer (BBAR) on the lens element. This will help reduce noise flare and allow Samsung to increase the image quality.

Similarly, Samsung Galaxy Note 9 leak reveals the tech giant is going to let go of the 3.5mm headphone jack. Of course, removing the headphone jack will allow Samsung to keep the slim design without compromising with the sleek exteriors.

What do you think about this Samsung Galaxy S9 leak? Please leave a comment below and let us know.