The Galaxy Watch Active 2 Golf Edition is backed with upgraded golf shot distance measurement. It also has an in-built Smart Caddie app, which gives useful information on more than 40,000 golf courses across the world. This variant of Samsung’s newest smartwatch is available in two versions- the 44mm Aqua Black and 40mm Pink Gold. These variants are priced at KRW 393,000 ($323) and KRW 359,700 ($295), respectively. Samsung also launched the golf editions of the Gear S3 and the Galaxy Watch earlier. 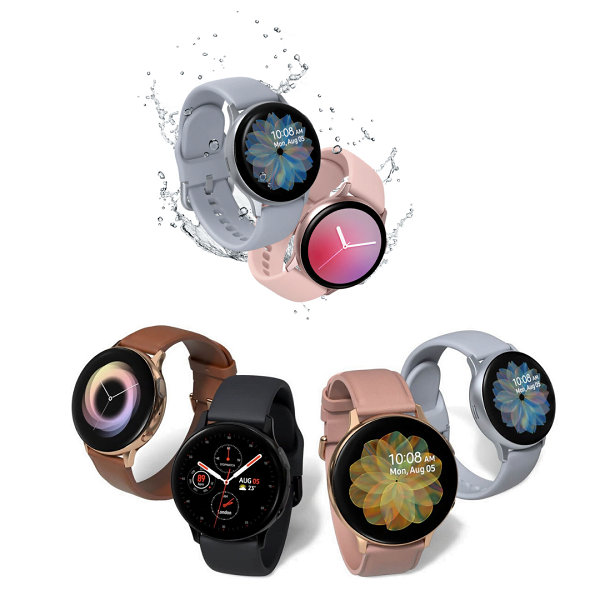 Additionally, Samsung also introduced a new variant of the Galaxy Watch Active 2 Aluminum with LTE connectivity. This model will be available in both 40mm and 44mm sizes and has three colors to choose from- Aqua Black, Cloud Silver, and Pink Gold. The 40mm variant is priced at KRW 359,700 ($295), while the 44mm variant costs KRW 393,700 ($323) in South Korea. These new variants of the Galaxy Watch Active 2 will be available in South Korea. The company also said that the new Galaxy Watches would be introduced in specific markets outside Korea. The golf-focussed variant will be launched in the UK and US, while the Aluminum LTE variant will soon be launched in some Asian and European markets.

The results can also be synced to the Samsung Health Monitor app through the users’ Galaxy smartphones and saved as a PDF file to be referred to later. The feature will be available for Galaxy smartphones with Android 7.0 or above. The blood pressure measuring function of the Samsung Health Monitor was approved good-to- use by South Korea’s Ministry of Food and Drug Safety in April.

Addressing when the function will be launch globally, a Samsung spokesperson stated, “We are working closely with many regulators in countries in which we provide health offerings. We look forward to expanding the service to more markets as soon as possible. We will share updates in the future.”