Spotify Technology SA has collaborated with Hulu Unlimited Commercial to upgrade its Premium service. The new bundle allows Spotify premium subscribers to enjoy unlimited streaming of TV shows, original series, movies, and more on Hulu. The catch in this joint subscription plan is that the bundle is worth $12.99 per month only.

When subscribed to the separate plans, Spotify Premium costs $9.99/month and Hulu charges $7.99 per month. So, the premium users can now save up to $5 per month and enjoy the best online music as well as stream their favorite shows. For the student benefits, this bundle is worth $4.99 per month.

To access this combo deal, Spotify has initially launched a trial version. Here, Spotify is offering this deal as $9.99 per month for its premium subscription + 0.99 Hulu ad-supported service for initial three months. Post the three-month trial period, Spotify premium subscribers can purchase this bundle priced $12.99 per month.

The breakdown cost of the combo plan appears like this:

The limitation of the offer is that it is available only when Spotify Premium subscription is combined with Hulu Unlimited Commercial. If Hulu premium subscribers wish to take advantage of the combo offer, they have to change the plan to Hulu Unlimited. Also, the trial is only available to either brand new Hulu subscribers or those who canceled at least 12 months ago. 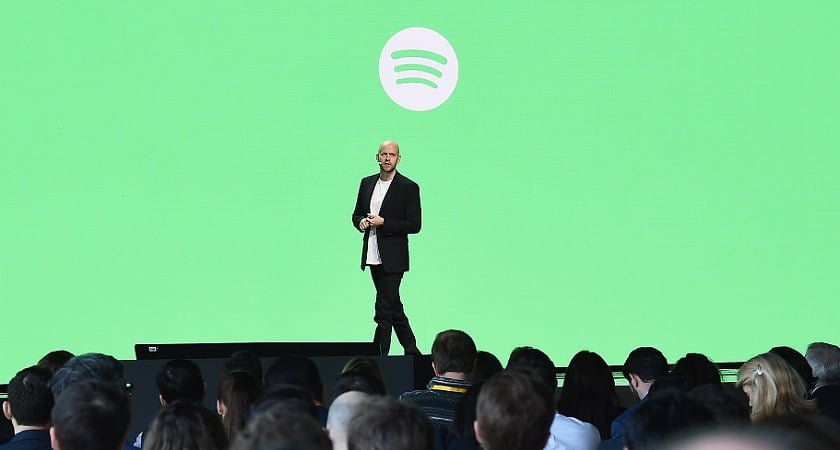 Spotify plans to make a minor tweak in the new free service, specifically in its mobile app. With the new feature, the music listeners could play songs of their choice faster and manage the top playlists on their own. These services are already available in the ad-free subscription of Spotify which is worth $9.99 per month.

Presently, Spotify’s ad-supported version doesn’t allow users to select from every song in the library on-demand. One has to listen to whatever is served on Spotify platform via shuffle by selecting an album or playlist. The limited version enables listeners to skip maximum up to six tracks during each hour.

Stockholm-based Spotify had 157 million users at the end of 2017, which increased to 169.5 during the first quarter of 2018. Out of the stated numbers, the music company includes 71 million paid subscribers in 2017. The paid subscription version now accounts for 74.5 million listeners.  Though the paid subscribers comprise less than half of Spotify’s customer base, they generated about 90 percent of its 4.09 billion euros revenues in 2017. By all means, Spotify is leading in the online music streaming industry. The other technology giants Amazon.com Inc., Apple Inc., and Alphabet Inc are struggling to match Spotify’s pace.

Correspondingly, the streaming giant has forecasted to reach 200 million users and 96 million paid subscribers at the end of 2018.

Spotify is leading in the online music streaming industry

The previous week, Spotify sent an invitation to press for a “news announcement” on this 24th April. The noteworthy point, here, is that the media invite was scheduled immediately after the company went public. Since then, the music industry is chit-chatting about Spotify’s plans.

Given that, Spotify had a successful in IPO debut it has to take quick steps to satisfy the investors. The music company has to woes it free user to step up for Spotify premium subscription. And the rumors are just substantiating the company’s agenda.