The new God of War game invites you to experience Norse mythology like never before.

The wait is finally over! Probably the most awaited game of Fall 2022, God of War Ragnarok is now live! For the global gaming community, the new God of War game appears to be the stuff that dreams are made of.

God of War is a smash hit series and it’s highly rated as one of the best games on Steam. What sets it apart from the sea of games around, is its beautiful take on Norse mythology. The way it has unfurled the magic of myth through a delicately crafted gameplay narrative and stellar graphics, deserves a huge applause.

Come God of War Ragnarok, this has reached a completely new level and put the immensely popular franchise on a different pedestal altogether. Hence, a detailed GOW Ragnarok review was called for. Let’s delve deeper to churn out some essence of the magic that the freshly minted action-adventure game has on offer.

Hell of a Journey

God of War started its roller coaster ride way back in 2005, with renowned American video game designer David Jaffe at the helm of things. With the passage of time, not only has it become one of the longest running action-adventure game franchises ever, but also the very face of PlayStation itself. Apart from nine full-fledged games across multiple platforms, it also has a text-based game in its kitty.

Ever since coming out of Sony’s Santa Monica Studio, God of War’s fan following has only risen by leaps and bounds. Eventually, the revamped God of War turned out to be the best-selling PS4 game, attracting more than 19 million players in the process. It revolved around an elderly Kratos, who’s on a mission to pay homage to his late wife’s final wish, with only his son Atreus at his side. This gem of a RPG, sheds light on the other side of human life through intimate dialogues between the father-son duo. 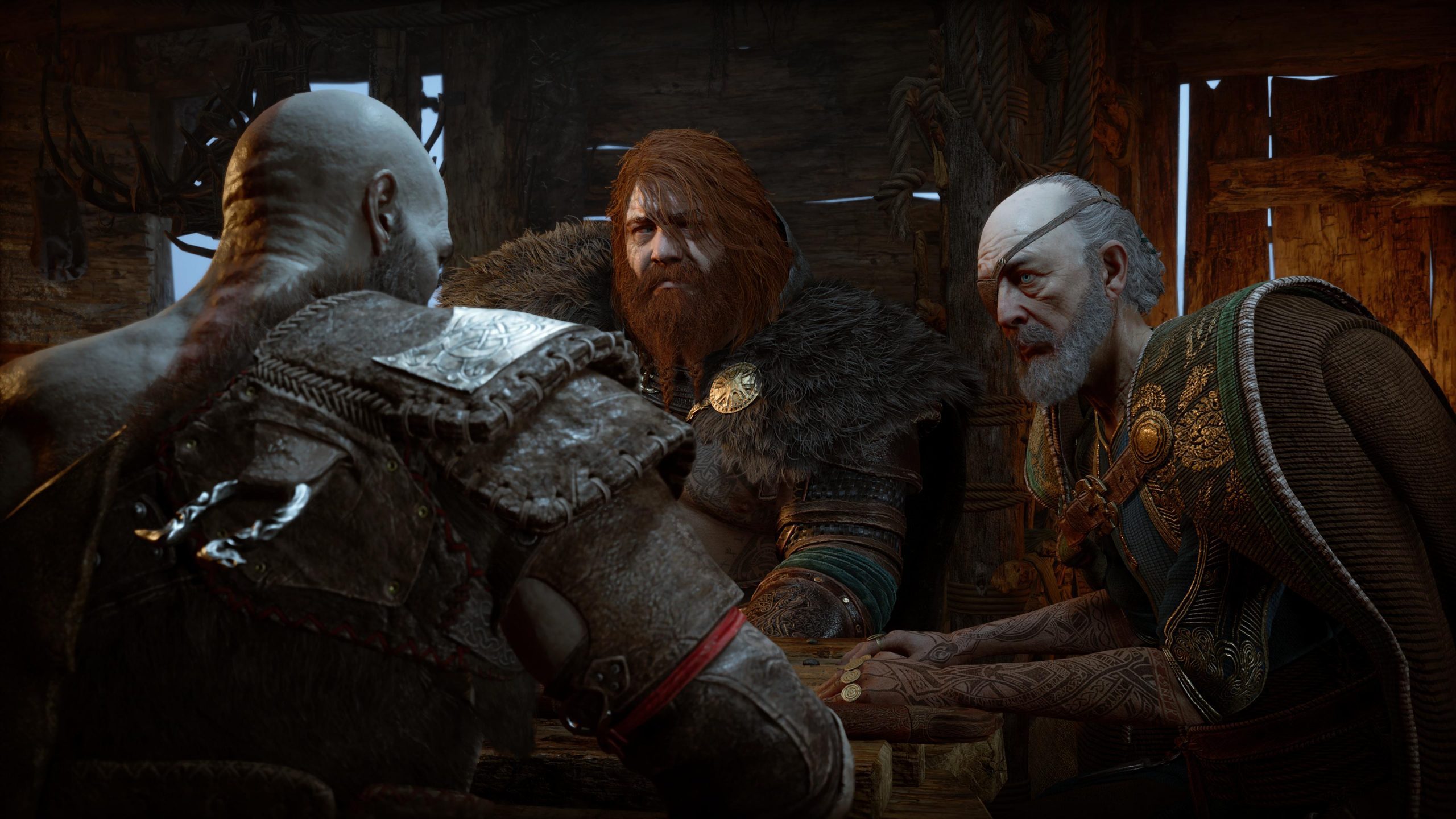 The visuals of GOW Ragnarok have already gone viral due to their stunning nature. [Image Credit: Santa Monica Studio]

The reboot of God of War was absolutely exemplary in masterfully reworking Norse mythology. It was one of the primary reasons behind the title’s astounding success and jaw-dropping sales figures. However, the God of War faithful were eagerly waiting for GOW Ragnarok to come out of the shelves and unfold the next-gen gameplay narrative in ultimate style.

Going by the initial reviews of the game, it seems that the sequel to the 2018-blockbuster has managed to come out with flying colors so far as relooking at the rich Norse mythology is concerned. In God of War Ragnarok, there are as many as Nine Realms, which come with stunning landscapes and different challenges. These are – Alfheim, Midgard, Helheim, Muspelheim, Svartalfheim, Niflheim, Asgard, Vanaheim and Jotunheim.

This is quite a significant development as it opens up a whole new horizon, broadening the scope of the gameplay features to a great extent. Interestingly, we heard about these Nine Realms in Norse myths. But the manner in which they are being created, must find mention in any GOW Ragnarok review and that too in capital letters. Gamers would be able to explore all of these Realms which await with an array of Norse gods and monsters, making the mission feel like all hell let loose. 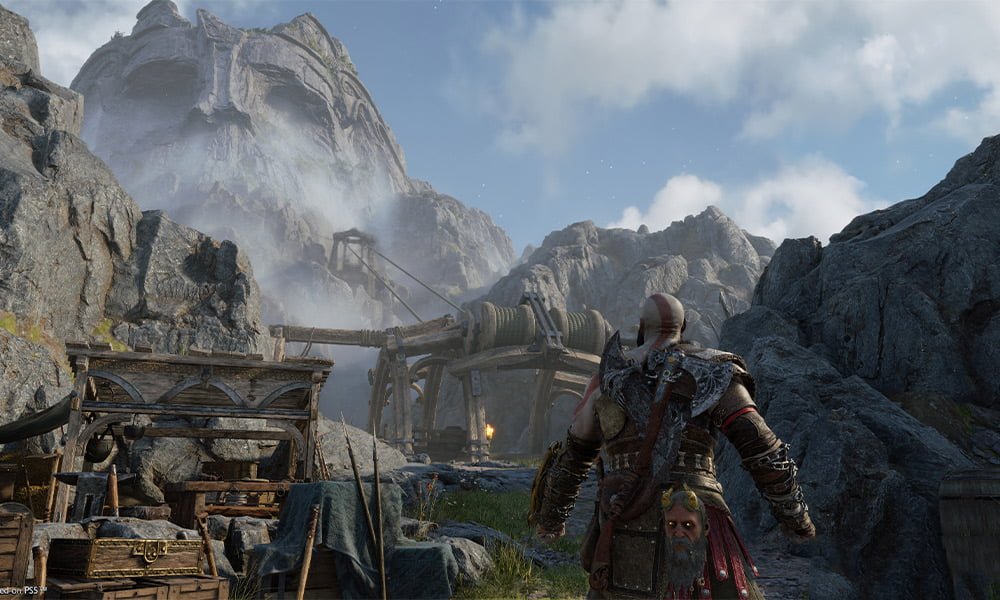 In this new God of War game, you would be able to unlock the Leviathan Axe, Blades of Chaos and Guardian Shield, which make a grand return. In addition to these fierce modern combat tools, both Kratos and Atreus dive into the Norse saga with a wide range of new abilities. Therefore, the in-game battles become even more lethal, even more scary.

This time, the deadly Spartan skills of Kratos, face a stern test as he along with his son Atreus, desperately try to get the better of a wave of Norse gods and monsters. You must take note that the quest for survival has become way too difficult in God of War Ragnarok, as life seems to hang in balance. There’s clearly no room for error and the all-important mission can fail due to very fine margins.

Therefore, it becomes quite evident that as a gamer, you have to pull up your socks in order to help Kratos and Atreus succeed in this dangerous Norse journey.

Of Thor and Odin

Believe it or not, while playing the characters of Kratos and Atreus, you can have a chance encounter with Thor and Odin. These two hugely popular characters from the Marvel fandom make guest appearances in  God of War Ragnarok, as they also belong to Norse mythology. However, here you will find them very differently in comparison with their character design in Marvel movies. This is indeed exhilarating for the Thor nerds as well as Marvel fans in general. 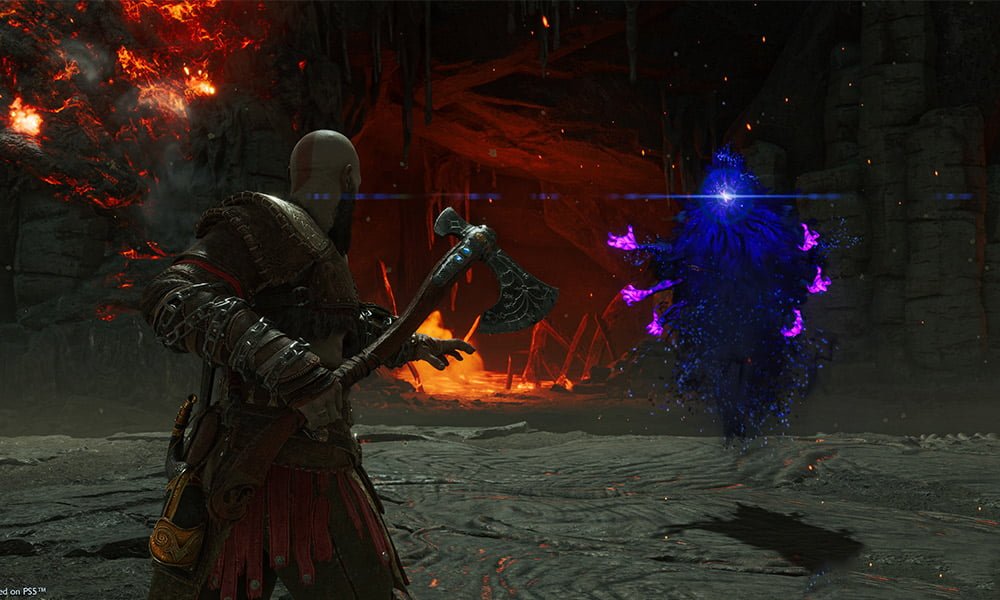 In the new God of War game, Kratos and Atreus are pitted against some much fancied opponents – Norse gods and monsters. [Image Credit: Santa Monica Studio]

These days, various platforms get flooded with games week in and week out. But it’s not everyday that you encounter a game like GOW Ragnarok, which effortlessly weaves stories with elements from popular myth and pulls such an epic grandeur off. It’s no wonder why several social media platforms and popular gaming community channels are filled with overwhelming GOW Ragnarok reviews.

Thanks to the introduction of Nine Realms, the game has become even more vast. The graphics and music seem out of the world as they allow you to feel the thrill of the magnificently designed new GOW universe. Many game experts are predicting it to become a cult classic of PlayStation, in the course of time.

The GOW Ragnarok release date was November 9, 2022, and sales are now in full-wing; in fact, the response during pre-orders exceeded the expectations. When it comes to the GOW Ragnarok price, it differs a bit depending upon the edition. The Standard Edition of PS4 and PS5 costs you $59.99 and $69.99 respectively, whereas the Digital Deluxe Edition comes with a price-tag of $79.99. If you buy the Digital Deluxe Edition, you will get a host of special collectibles – Darkdale Armor, Darkdale Attire (Cosmetic), Darkdale Axe Grip, Darkdale Blades Handles, Dark Horse digital art book, Official digital soundtrack and PSN avatar set for PS4/PS5.

Taking every aspect into consideration, it can be said with conviction that if you are a gamer, you simply can’t afford to miss God of War Ragnarok. If you are checking about the GOW Ragnarok availability, it’s up for grabs on PlayStation.

How much does the GOW Ragnarok Digital Deluxe Edition cost?

The GOW Ragnarok Digital Deluxe Edition comes with a price-tag of $79.99.

When did GOW Ragnarok release?

Is GOW Ragnarok a sequel?

Yes. GOW Ragnarok is the official sequel to the smash-hit God of War reboot edition, which released in 2018.

Where can I play GOW Ragnarok?

GOW Ragnarok is a PlayStation-exclusive title. Hence, you can play it either on PS4 or on PS5.