The top hacker news on Techcrunch states that Google is acquiring Kaggle, the world’s largest community of data scientists and developers. It is a platform that hosts machine learning contests, top datasets and other competitions to write and share code. The 7-year-old start-up is the top open data platform that helps the users to learn, work and play; bearing the seamless data. 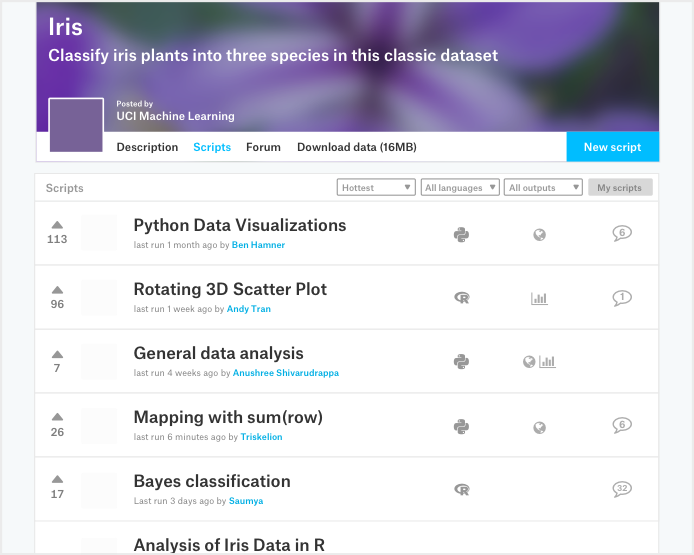 Kaggle is a widespread community of about half a million data scientists. They compete with each other to solve complex data science problems with the use of varied applications for data learning. Data scientists and machine learning engineers altogether called ‘Kagglers’ demonstrate their skills to solve the toughest problems across many industries.

The San Francisco based start-up has made its way standing out consistently. The service got an early start despite having certain tough competitors like DrivenData, TopCoder and HackerRank.

Kaggle, the data science start-up was founded by Goldbloom and Ben Hamner in 2010. The details of take-over by Google are not yet officially announced. But knowing that Google is hosting Kaggle’s next Cloud Conference in San Francisco this week, we could expect the official announcement very soon.

Google by acquiring Kaggle will have the benefit of the active Kagglers who are known to have solved mainstream problems of many industries.The company will have increased mindshare worth their investment. However, Google already has plenty of potential mindshare from its own project Tensorflow.

Kaggle has a pretty recent connection with the tech-giant Google. At the start of this month, both the companies teamed up to host a competition for $100,000 machine learning around classifying YouTube videos. We got to know that the competition had deep integrations with the Google Cloud Platform. This might be where from Google took the chance and made the decision to acquire the data-science giant Kaggle. Though the tech –giant tends to acquire Kaggle’s potential community rather than its technology, but there are still some interesting tools Kaggle actively worked on to host its competition and kernels. Kernels in Kaggle which was previously known by ‘scripts’ are the source code for analyzing the datasets. The developers can share these kernels on their platform.

Kaggle’s platform host following features: Learning to do data science, machine learning competitions, exploration, and analysis of featured datasets, writing and sharing code, community feedback on your code. There is also a very interesting feature that allows the users to expand their career. The job sources career opening for the data professionals. You can subscribe to receive notifications of the latest openings in data science, machine learning, statistics and other analytics jobs. We have no hints what Google shall do with the job portal.

The top-name investors count on Kaggle

Kaggle is a seamless open data platform for data scientists. Since its launch in 2010, the start-up has raised the fund of more than $12 million. The investors in the open data giant include Index Ventures, SV Angel, Max Levchin, Naval Ravikant, Hal Varian- Chief Economist of Google, Khosla Ventures and Yuri Milner.

Well, it seems that Google will keep the service of Kaggle running under the same name. But neither Google nor Kaggle has confirmed about the transaction. This merger if done may help Google to promote Tensorflow. But we cannot define any clear strategy yet behind Google’s acquisition. So let us wait for the official announcement to track more.

WordPress Websites To Be Upgraded To HTTPS