The mobile messing app Google Allo is the gift that keeps on giving. Tess Townsend on Recode recently discovered that Allo can reveal your Google search history to the people you message. The privacy goof up appears to be a glitch.

Townsend noticed the problem in a conversation with a friend while she was testing the app.

The Google AI-powered chat app, includes Google Assistant, the latest version of its virtual assistant software. For example, you can ask Assistant to search for a nail salon in a certain area, while you’re talking to a friend about where to get a manicure.

Allo Can Leak Your Web Searches

A unique feature of Allo is that it can try and hold a conversation with a human. It can look into previous queries to surmise results for the current query – which means it may sometimes produce an unrelated answer.

Sharing of personal web search results is most likely a glitch with Google Assistant. The glitch could seriously jeopardize the privacy of an individual if the Assistant surfaces an unrelated and previously searched result for a query. The glitch would also share sensitive and personal information in ongoing conversations. This could turn the conversation into a mildly NSFW one if you’re someone who likes to lurk around r/gonewild or one of MindGeek’s websites. 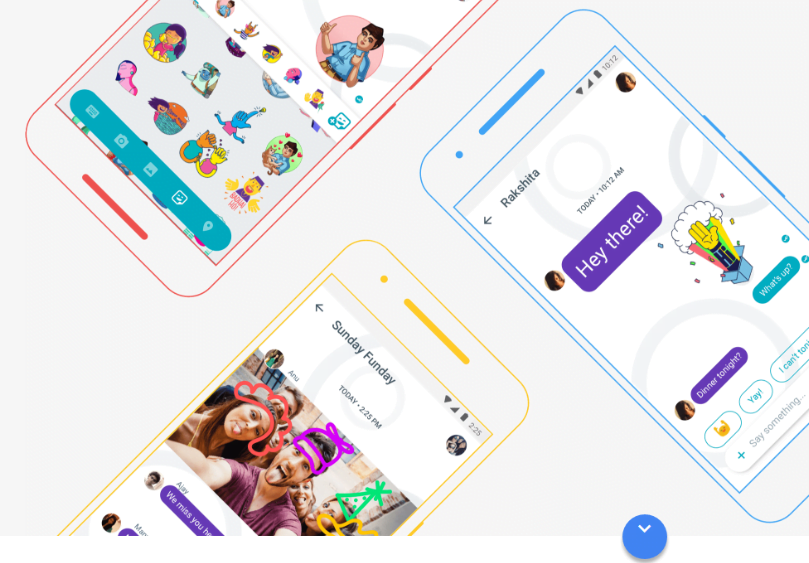 There is no word on why the Assistant is responding to certain queries with previously searched results. This is unusual behavior as Google Assistant on Allo is known to safeguard personal information.

Not so long ago, Google announced it would soon release Google Assistant on Android phones. The feature is available on Google Pixel lineup, Google Allo and Google Home. Google has recently made the Assistant available across all Android devices running Marshmallow 6.0 and above. It has also planned to cover supported devices and can be accessed using the center-placed home button.

Unlike other messaging apps in the mainstream, Allo has been struggling to find grounds. There are one too many reasons why Android users refrain from using it.

Clearly, Google Allo needs to improve on quite a lot of areas as the average user isn’t looking for an app a bug-ey app. If early adopters lose interest, they’re definitely not going to talk to their friends about the app.