It has been a hectic time for immersive, 360-degree virtual reality world. Earlier this week, Oculus Rift, Mark Zuckerberg’s $2 billion baby, finally reached the homes of first buyers, and now HTC’s almighty Vive is about to follow the cycle. So, this seems like a perfect opportunity to lighten up the stress with what looks as a latest prank thrown by Google. The search engine giant absolutely loves the idea of trolling on the very first day of April and is known for its April Fools’ Day pranks. Pac-Maps, Ingress, Pacman, and #ChromeSelfie, are a few examples from last year.

Previously, the search engine giant managed to attract the eyeballs by offering a low-cost VR experience to people, Google Cardboard. Apparently, it also happens to be the first ever VR headgear framed out of cardboard.

In its blog, Google proudly quotes the introductory title as, ‘Putting the “real” in “virtual reality”’

However, on this April Fools’ Day, Google is back with its latest VR product, Google Cardboard Plastic. The product is claimed as a way to indulge into ‘actual’ experience of virtual reality. The video posted on the website yesterday demonstrates Cardboard Plastic as the future of VR.

In the video, Google asks, “What’s realer than real?” 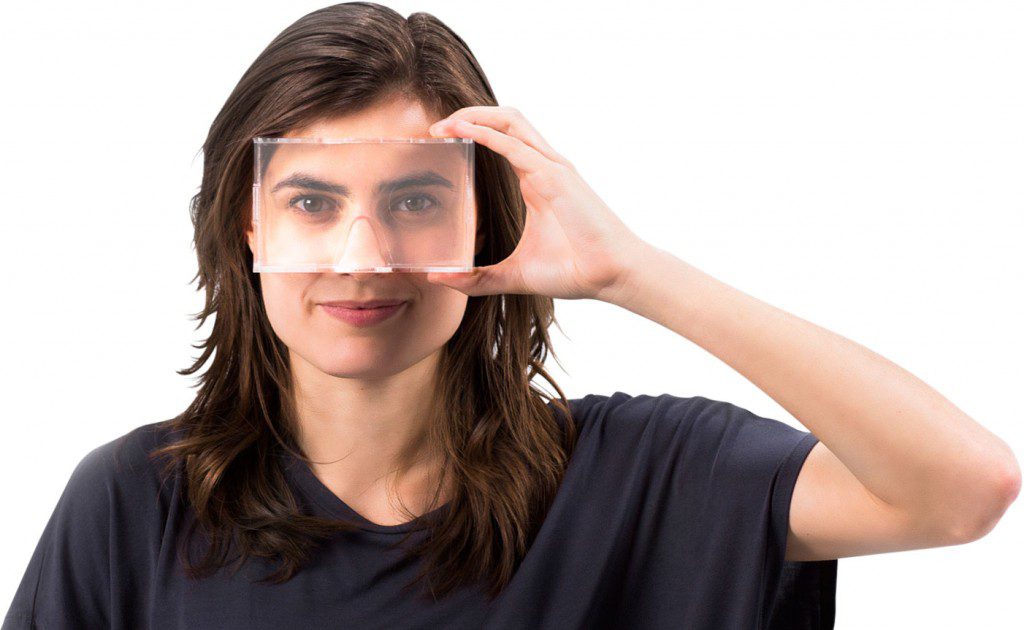 Google Cardboard Plastic, the company’s latest low-budget virtual reality headgear can be perfectly termed as an ‘Actual’ VR headset. The device beats all high-end and snob ‘VR babies’ because of its design. The cardboard plastic arrives with 4D integrated perspective, 20/20 resolution, advanced haptics for realistic touch sensations, and 360° spatially accurate sound. Use of plastic in the body makes it waterproof and easier to carry. No charging hassles as Cardboard Plastic operates without batteries and it offers ease of walking without any expensive ‘Chaperone Technology’ because Google Cardboard Plastic has no wires. The video demonstrates a good thing that the latest VR headset certainly boasts universal compatibility with every application available in the market.

Meanwhile, Google has also promised to accessorize the plastic cardboard soon in near future by adding patterns and shades followed by a few other add-ons. Now, we’re looking forward to gardening, dancing, badminton match, football match, and much more with Google Cardboard Plastic.

The featured video posted on YouTube may seem sincere ‘first look‘ of the new product at a glance, but beware! It is probably good to be on the safer side by assuming that this product may not be available for purchase anytime soon.

Why? Because Google loves trolling on this very day, so don’t believe ‘everything’, which is on the Internet for today. In case, Google Cardboard Plastic is for real and not just for a troll, we would love to try our hands on this amazing piece of virtual reality device.