Alphabet’s net profit jumped 73% to $9.4 billion in the first quarter, up from $5.4 billion in the same period last year. The earnings growth is the strongest since the firm’s fourth quarter of 2009.

The strong performance highlights the company’s huge lead in the global market for online ads. It accounts for nearly all of the company’s top line, as it reached 24% to $26.6 billion.

Google shelled out in one-time costs including acquiring 2,000 employees in Taiwan for $1.1 billion HTC Corp. and moving up when it awards equity to employees. In addition, costs have increased from acquiring streaming rights for YouTube’s new TV service and marketing new products. 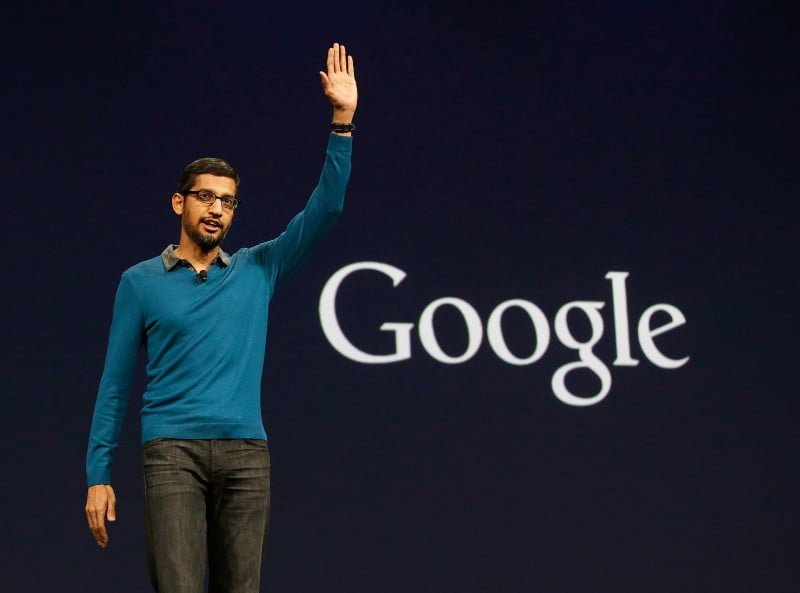 Google CEO Sundar Pichai addressing the keynote at a conference.

Our ongoing strong revenue growth reflects our momentum globally,” said Alphabet Chief Financial Officer Ruth Porat. “We have a clear set of exciting opportunities ahead, and our strong growth enables us to invest in them with confidence.”

Advertisements continue to be the bread and butter of Alphabet’s business, with global ad sales increasing to $31.1 billion, beating analyst estimates of $30.3 billion.

The optimistic outlook comes ahead of the earnings quarterly reports from rivals such as Facebook and Snapchat. Alphabet also gave Wall Street a peek into how online ad business performed during particularly dark times marked by the Cambridge Analytica scandal.

Among key shifts in revenue reporting are how Google announced results for Nest, the smart home appliances business that was folded back into Google earlier this year after operating as a separate “Other Bet” under Alphabet. Revenue from “Other Bets,” segment includes Waymo self-driving cars, which totaled $150 million, an increase of 14% from the same period last year. Cloud business, as well as hardware sales such as the Pixel phone and Google Home smart speakers, reported $4.35 billion in revenue, up from last quarter’s $3.2 billion.

“I feel we are taking the steps toward being able to do [hardware] well in the long term,” CEO Sundar Pichai said in a conference call. “The opportunity is clearly there — we are going to lean into it.”