The day is not so far when you’ll be able to hop on the web, literally. Highly anticipated Google Daydream VR is arriving this fall. At the same time, all aspects are almost prepared to welcome Google’s VR technology, especially Google’s Chrome Browser. The Chrome for Android’s developer and the beta version now offers support to the WebVR, an open source standard. 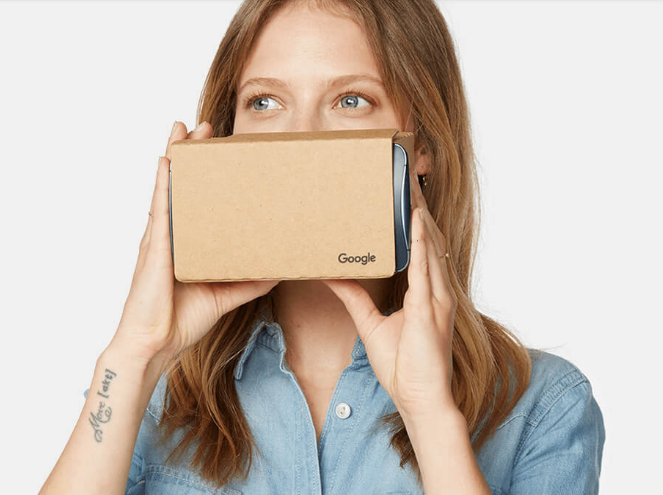 In the center of the announcement, the company has mentioned a VR Shell, which would make viewing websites on VR quite easy. The use of VR Shell will enable mobile device headsets to surf any site according to their preference and not just certain WebVR websites. In case you haven’t heard about WebVR before, it’s a JavaScript API. It essentially allows you to view contents in your browser on VR. This means there’s no need to download a specific app just to enjoy those 3D models.

Google CEO Sundar Pichai ultimately looks forward to offering an opportunity to explore the internet in virtual reality to everyone. Until Google’s vision transforms into reality, all you could do is, use your VR headset to surf a WebVR supported websites. And, for the non-WebVR websites, you know what to do. Remove the headset. But, you need not worry as Google Daydream VR is working on the experience of immersive browsing. So, exploring the entire web with Chrome for Android in VR may soon come true.

The VR Shell raises the possibility of approach “one-size-fits-for-all” to make every site easy to explore in 360-degree VR space. The South Korean tech behemoth – Samsung already has a similar experimental web browser for Gear VR. But, a wider version of Chrome for Android would certainly have a greater approach.

Probably you’ll need a special Chrome browser’s version, Google cardboard headset, and a VR supported device to hop on and start browsing the web in VR.

Google’s Chromium evangelist, François Beaufort, revealed in a post on Google+ earlier this month that their team has been working on several features to incorporate the web with VR. Beaufort said the team has annexed an experimental flag in order to enable a VR shell for the browser. This offers users to surf the web with the help of Daydream or Cardboard VR headsets.

There’s more to arrive adds Beaufort saying that the team has started to combine the efforts for making the web perform well with virtual reality.

The new feature will include a fresh app ecosystem, similar to HOME of Oculus. Here, the users can easily explore a different landscape and get an access to Google App’s special versions for VR. It’ll require third-party software compliant with standards of Google.

Google Daydream VR hinges on users owning an Android-powered device, which meets its specifications. The Google VR headset will house the display of Android smartphone and a controller for further navigation.

So let’s prepare for the ultimate VR revolution, which all VR lovers have been looking for since a long time. As Google Daydream prepares for its power-packed future launch, whether the device will be powerful enough to beat its giant competitors will be interesting to watch.