Smart Speakers concept is gradually gaining popularity in the USA and the world afar. While introducing Amazon Echo to the American market in 2015, Amazon.com pioneered this niche technology. The online retail giant has dominated the smart speaker market from then. Amazon Echo seemed to be way ahead than its competitors, Google Home and Apple HomePod, but not until the beginning of 2018.

A research firm Canalys has released a report titled Smart Speaker Analysis. The report does not talk about the overall sales revenue but only the quantity of smart speakers units sold in 2018.

According to the Canalys report, 3.2 million units of Google Home and Home Mini devices shipped during the first quarter of this year, whereas 2.5 million Echo devices were dispatched by Amazon.

The research firm mentions that Google Home sales growth rate soared to 483 percent on the year-on-year quarter comparison. During the first quarter of 2018 Google smart speaker market share was 36.2 percent, against 19.3 percent in the same quarter of 2017. This is the first time that a company other than Amazon is crowned at the top, specifically in the smart speaker segment.

With 79.6 percent market share, Amazon Echo stood quite ahead of Google during the first quarter of 2017. However, with a petite growth rate of 8 percent, Amazon Echo now occupies the market share of only 27.7 percent and stands exactly behind Google Home. Hello Alexa! Are you listening?

Notably, within a gap of one year, the smart speaker market dynamics have changed. In 2017, there were no significant players other than Amazon and Google in the smart speaker industry. And the USA served as the biggest target market for this fastest growing consumer technology. Overall, 2.9 million units of smart speakers sold in the first quarter of 2017.

Fast forward to this year’s statistics and 4.1 million units of the smart speakers sold in the USA, a sharp fall of 50 percent against the earlier total sales. China and South Korea are the new entrants in the smart speaker consumption market. A total of 1.8 million Smart speakers were shipped in Q1 2018 in China, whereas 730,000 units penetrated the South Korea market. 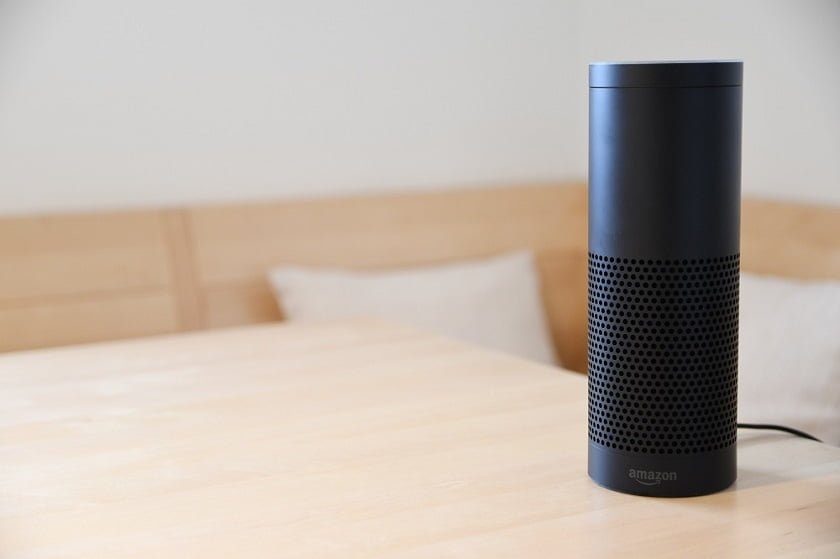 Amazon pioneered in smart speaker technology by introducing Echo in 2015.

“Awareness of smart speakers and their uses is growing steadily among Chinese consumers. But competition is building quickly for Alibaba, as IPO-hopeful Xiaomi takes to the smart speaker segment with much vigor in 2018,” said Hattie He, Canalys Research Analyst.

During CES 2018, Google highly emphasized on AI and Google Assistant features in Google Home. It utilized newer techniques to reach unexplored yet highly lucrative markets such as India. Google partnered with Jio and ACT Fibernet in India to reach masses along with extensive marketing campaign. The efforts have put Google Home at a right place.

Canalys Analyst Ben Stanton said, “Operators and retailers tend to prioritize Google’s speakers over those from Amazon, as Amazon is in the tricky position of being a direct competitor.” However, this initial lead does not reflect a complete picture. “But Amazon is fighting back hard, and the sheer quantity of Alexa Skills and smart home integrations will be tough for any competitor to match,” he added.