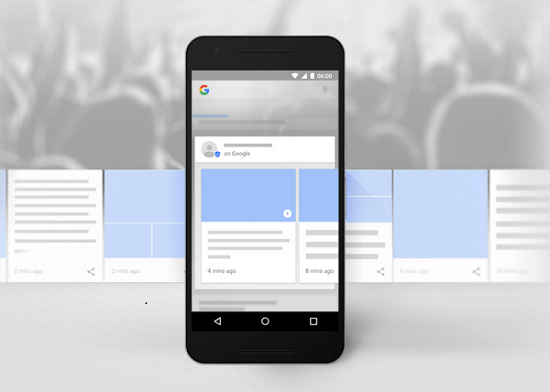 Google has catastrophically failed to unseat Facebook from the social network throne several times. But that doesn’t mean Google will stop trying.

Its latest attempt to create a social network comes in the form of Google Posts, a Tumblr-esque feature for the elite.

Currently, the feature is only available to presidential candidates, and will allow politicians to share videos, images, and text that will show up on the top bar of Google search results when users look up the candidate’s name.

Google is calling this an experiment for now, which will later be made available to “prominent figures and organizations.” So, don’t expect 2020 Presidential elections to be any less amusing.

You can try Google Posts by searching for Hillary Clinton and looking at the result on the right hand side that features a blue tick next to an image of Clinton. Each entry features social media sharing icons for users to share the selected post on various social sharing platforms. One can click on the link, which will then take you to a page that resembles Tumblr, listing all of Clinton’s Google Posts updates.

For now, the feedback button only allows users to rate posts. The only difference being that rating here doesn’t amount for anything similar to Facebook Like or Twitter Heart. Instead, it helps push the ranking of the post in order to improve Google Search.

Could this be another one of Google’s sad and inexpensive attempt to bring down Facebook? Or, is it yet another dream to revive the Google+ brand. Either way, we don’t expect Google to stop trying. And, with the hiring of 4Chan founder Chris Poole, we say, things are going to get heated up on the social platform scene.