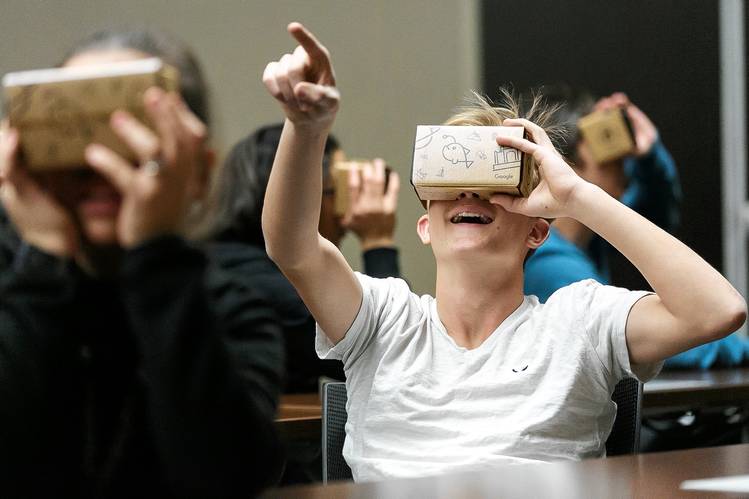 It’s time when Google Virtual Reality is set to dominate the world. VR is trending high in major Google IO 2016 Predictions everywhere already. The search engine behemoth is betting high on VR these days. The graph of VR evolution says everything without the need of any explanation.

From Google Cardboard to fresh Google Virtual Reality plans, Sundar Pichai’s company has arrived a long way. The first ever Cardboard for VR experience, which also happens to be the first ever VR device, was launched during Google IO 2014.

The fellow competitors are gambling high on a technology, which Google has been experimenting for a long while now. So why not Google? After all, Oculus, Vive, and Samsung VR might be the biggest players now, but the original VR trendsetter was Google with its Cardboard.

This is why the company is poised to offer a closer look at its VR plans during the Google IO developer conference in California. A number of Google IO 2016 rumors have been circulating in the social media along with carefully selected remarks from Google executives. These suggest that Google is set to move far beyond its low-priced VR viewer, Cardboard.

Not only Google Virtual Reality, but the company should talk a little more about its highly anticipated Project Tango. Along with this, the company will remove the drapes from its newest version of Android N.

YouTube is busy in preparations to host a live stream of annual tech event for Google – Google IO. The event is scheduled for May 18 – May 20 at the company’s campus in Mountain View, California.

When we’re talking about the Google IO 2016 important news, Android N arrives at the top. Sure, the search engine behemoth has already taken the drapes off the details regarding the next Android OS, but there’s much more to arrive. We are definitely expecting the company to reveal details regarding the next operating system. The new version of Android N will have enhanced multi-tasking support, optimized battery life, improved version of a native file manager, quick settings, and a revamped notification panel.

We had already received the Android N Updates, but Google has re-enhanced the Android N version to make it a wonderful experience for users. Though, the company is still mum regarding what the name of the version will be. Maybe Nugget, Nutella, or Nachos, we don’t know. Let Google decide the best.