Google, Inc. announced Monday at its Atmosphere Conference in Tokyo a revamp of its Google Sites service and a new app called Springboard that proactively shows files that are relevant to the user. 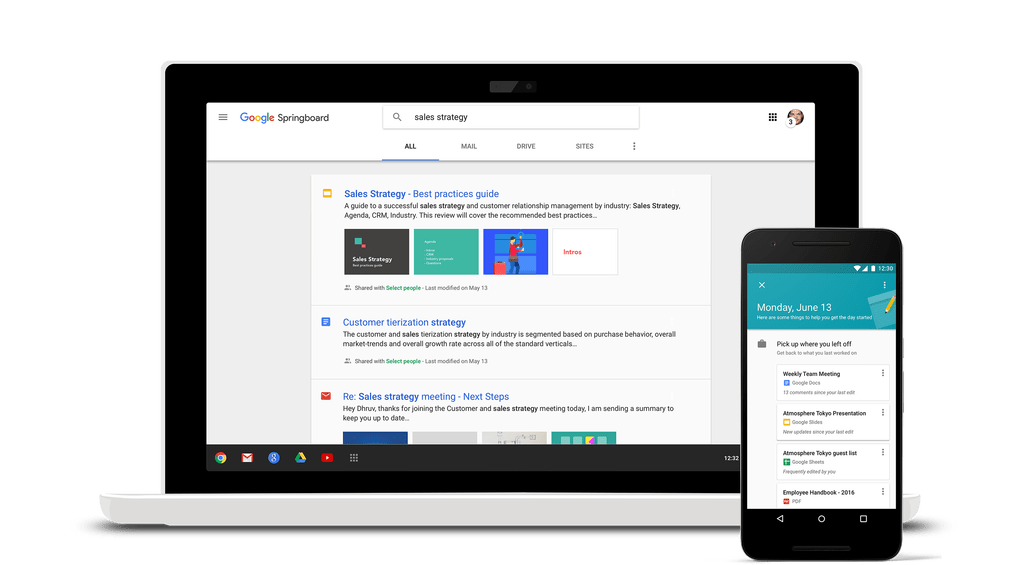 The Springboard app utilizes artificial intelligence (AI) and machine learning algorithms that are informed by what calendar events users have on their schedule. This allows them to search through the content of the documents they store in their Drive, along with Apps including Gmail, Calendar entries, Docs, Contacts and others, all from the one place.

The app is said to assist users throughout their workday by proactively finding information that may be relevant to what they are working on. Currently, users can see that on the Web and in an Android app. In the future, the search giant will also have an iOS app available for the app.

Also Read: 8 Most Important Tech News You Must Not Miss

The app seems to have been released at the right time since users are generating more data than ever before. There’s already a huge number of emails and documents to sort through on the PCs. With smartphones and tablets making it easier than ever to make more documents, it’s getting to be a critical mass.

Along similar lines, the Mountain View California company unveiled the rebuilt Google Sites website used for creating websites and intranet sites for use by work teams. This is the biggest update to Sites since it launched back in 2008 following its acquisition of JotSpot in 2006.

The tech giant doesn’t normally update the Sites quite as frequently as, say, Photos or Chrome. However, it is the one which is more popular and has got quite as many active users as Drive had back in October 2014 (240 million users).

The new Sites is getting its first major refresh under the codename of Project Wiz. It has been revamped to look like a brand new service, similar to the company’s Spaces and to provide users a highly interactive experience for building websites, with support for dragging and dropping elements around each site. In the latest version, the content is resized automatically to fit into any kind of screen, be it a smartphone, laptop or 30-inch monitor.

According to the search giant’s director of product management Ryan Tabone, the original Sites version is tailored to power users, who really understood HTML and JavaScript and the latest one is meant to help anyone quickly and easily build a website.

Using AI As A Tool For Social Justice