Alarm bells have been raised in Silicon Valley as the global tech industry embraces itself for another wave of fresh layoffs.

‘Google Layoffs’ is now trending almost everywhere. Quite rightly so, considering the huge stakes involved. For the uninitiated, in a shocking development in the Silicon Valley, tech-giants Google has decided to ‘let go’ as many as 12,000 employees. The figure is indeed huge and it actually amounts to around 6% of its total workforce, globally.

This comes as a huge shock to the global tech industry as it adds to the woes in a great deal. Moreover, the global economy was already volatile and this dampens the slow process of an attempted market recovery, to a great extent. The topsy-turvy situation has now become way too problematic as the illusion of a turnaround has just broken into pieces.

In a nutshell, this is massive and the effects will not remain limited within the peripheries of the tech industry itself. Rather, it will have larger ramifications, affecting the world economy in general.

Let’s delve deeper into the Google layoffs, which has sent shock waves across the world, to figure out what it actually means to the tech world and the equations might just turn upside down. 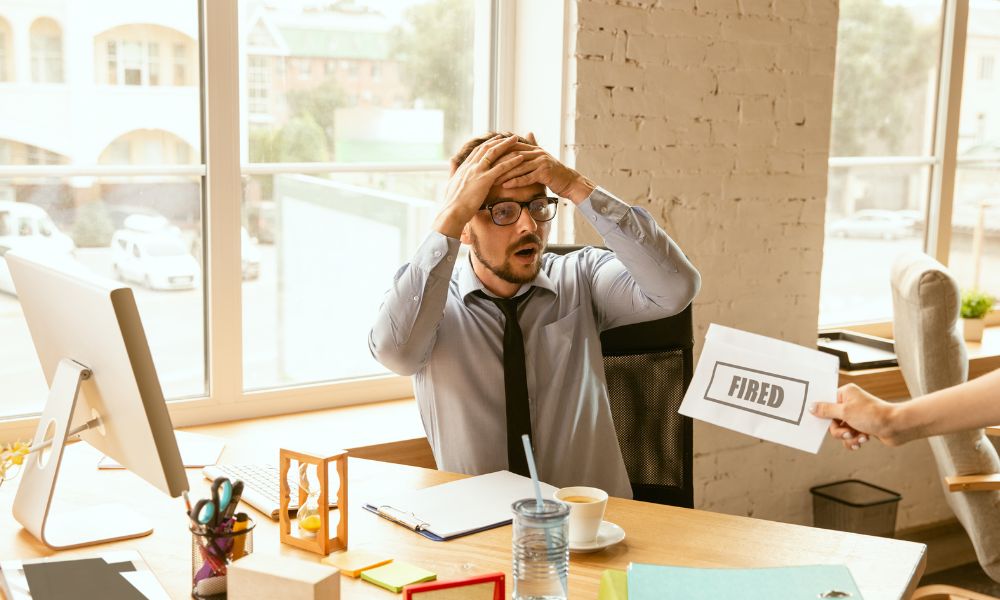 Considering all aspects, the Google layoffs make it almost certain that this is just the tip of the iceberg and others will follow suit soon. [Image Credit: Freepik]

Google’s parent company Alphabet has orchestrated the largest ever layoff in its history as it decided to cut down 6% of its total global workforce. CEO Sundar Pichai took responsibility for the worst of the tech layoffs in recent times, as he tried to sound apologetic in a press release.

It has been learnt that the company will give some compensation along with a severance package to the 12,000 employees affected by the sudden shock.

Considering all aspects, the Google layoffs make it almost certain that this is just the tip of the iceberg and others will follow suit soon.

The Bubble Has Been Bursted

Last year was marred by a host of tech layoffs. On one hand, Twitter conducted a massive layoff immediately after Elon Musk took over, followed by a mass exodus in the company. Twitter is yet to recover from those events and the social media giant is now leaning dangerously at the edge.

Whereas, on the other hand, the Meta layoffs shook the entire world, as Mark Zuckerberg simply washed his hands off and continued with his over-ambitious, multi-billion Metaverse project, which is yet to get a kick.

But, there was a feeling that things are changing slowly and the global tech market is moving in the right direction. However, just when the industry seemed to cool down and appeared making gradual progress, the Google layoffs came as an absolute shocker from the Silicon Valley to tear apart the apparent safety valve.

Of late, in addition to the Google layoffs, a series of tech layoffs have taken place. From Microsoft to Amazon and Intel to Salesforce, tech players have trimmed their workforce overnight.

All of these tech layoffs indicate a massive downfall in Silicon Valley as well as the global tech industry in general. But sadly, the aftershocks will be felt all across the globe.

People in the tech sector have become panic-stricken, as there’s a fear in the air about further tech layoffs in the coming days. With the rise of OpenAI’s ChatGPT, there were strong speculations that it could lead to an array of IT layoffs and those fears have started to become realities, sadly.

Google layoffs and the other tech layoffs which have taken place in the last few days, will surely lead to more IT layoffs. Moreover, these events give rise to the threat of another global recession, triggering up the trauma of the 2008 Global Recession and the 1928 Great Depression.

We will keep a close eye on this and will get back to you with exclusive updates.

How many people have been laid off by Google?

In a shocking development in the Silicon Valley, tech-giants Google has decided to ‘let go’ as many as 12,000 employees.

How big is the recent Google layoff?

Google has decided to ‘let go’ as many as 12,000 employees, which amounts to around 6% of its total workforce, globally.

Inside the Meta Layoffs: Examining the Hows and Whys

Examining the Google Layoffs: Cause, Effect and the Flip Side of the Coin