Alphabet’s Loon launches balloon-powered internet service in remote areas of Kenya which are not served by ground cell tower infrastructure.

Alphabet, Google’s parent company, has succeeded to mark the first application of Project Loon, the balloon-powered internet technology in Africa’s region with the world’s lowest percentage of internet users.

Project Loon, by Alphabet, is as of now successfully providing internet service to the people of Kenya through a fleet of high-altitude balloons. The project is responsible for making solar-powered balloons that fly about 12 miles high up in the stratosphere and send internet access down to earth. This is the first-ever commercial deployment of the floating cell phone towers technology that is supposed to extend online access to millions of people in Africa.

To prepare for this operation, Project Loon has launched 35 balloons over the last few months. These mobile, floating stations have been launched in collaboration with local company Telkom Kenya, the East African nation’s third-largest carrier. These are initially reported to provide a 4G LTE network connection to a nearly 31,000-square-mile area across central and western Kenya, including the capital, Nairobi. The balloons are solar-powered and are more flexible than typical cell stations since they are always moving and hence also covers a broader area. 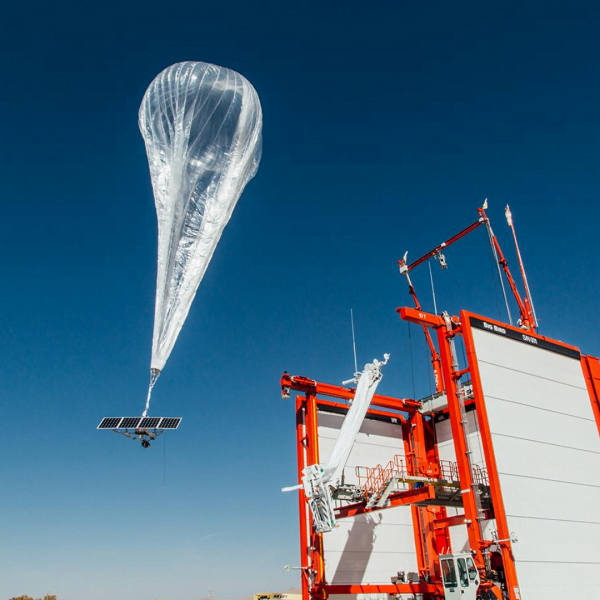 Previous to this commercial use, the balloons had only been used in emergencies such as in Puerto Rico in 2017 after Hurricane Maria wiped out existing infrastructure disrupting all cell towers. This time it is being brought into play because of its cost-effective characteristic that acts as a solution to the difficult challenge of bringing internet access to people in underserved remote areas. These remote areas of Kenya include mountains and inaccessible terrains where traditional connectivity methods are sophisticated.

This operation also has bigger plans. It is being tested by telecom providers to check its reliability and service quality to be used in the future in other countries. CEO Alastair Westgarth said, “Loon is well-positioned to play this role and serve as the operating system for the global connectivity ecosystem of the future”. This is in the hope to develop a third global layer of connectivity.

Internet in the sky

The balloons are the size of tennis courts and are made from sheets of polyethene. Powered by solar panels, they are controlled by the software on the ground. While the balloons are up in the air, they act as ‘floating cell towers’ by transmitting internet signals to ground stations and personal devices. The balloons are navigated by adjusting their altitude in the stratosphere to float to a wind layer after identifying it with the desired speed and direction using wind data from the National Oceanic and Atmospheric Administration (NOAA). Their efficiency of work lasts for well over 100 days in the stratosphere before being returned to earth.

The balloons by project Loon are launched from stations that are situated in California and Puerto Rico. These launches are done by two 90 foot tall automated machines which can launch balloons up to 60 thousand feet high every 30 minutes. The balloons are steered using helium and pressure and redirected by machine learning algorithms. A particular balloon at any point is said to be providing an internet connection and acting as a feeder in the mesh network to support other balloons or repositioning itself with each balloon having a solar panel and battery.

This form of internet connectivity is considered highly useful and practical considering that in Africa just over 28 per cent of the continent’s 1.3 billion people were using the internet in 2019 which is the lowest rate in any region worldwide, according to the International Telecommunication Union, a United Nations agency. At times when even more users have come online, internet costs stay behind as too high for many Africans. With this new service, the users, some in remote towns in Kenya, used it to stream videos, including YouTube, browse websites and make video and voice call on apps like WhatsApp.

People in Kenya have welcomed the project since now considering the coronavirus pandemic people are unable to go to school, work or sometimes even a doctor. They believe that with changing world scenarios connectivity is an essential service that should be strengthened more than ever.

Project Loon began as a research and development project by X (previously Google X) but later turned out into a separate company in July 2018. It is headquartered in California and started operating in 2011.