Google Historical Street View will let android and iOS users to look at street view from previous years on their mobile.

The world’s most popular map app just got even more exciting. Google Maps is debuting historical street view imagery on mobile devices — a first for any map app!

The new feature lets you explore streets from the past, no matter where you are in the world. Just tap on a pin and select “Street View” to see what that location looked like as far back as 2007. You can even switch between years right inside the app. Google has been showing off its latest street view imagery, and it’s pretty amazing.

The company announced the release of the historical street view imagery on mobile as part of its new upgrade to Google Maps Street View to mark its 15th anniversary. It’s rolling out for all smartphones and for those near an area that has been captured by Google’s cameras. You can now see what things looked like in the past. The feature is available for both Android and iOS devices.

Currently, historical street views go back as far as 2007 in some areas — that’s about 15 years’ worth of history for many locations. The company plans to continue adding to this archive as time goes on, so that eventually there will be no gap between current and past images of any given place. 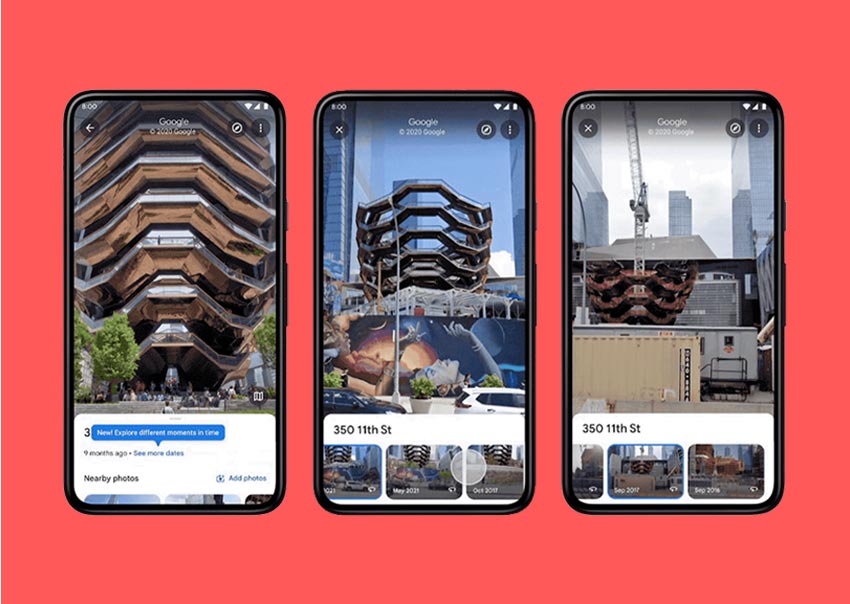 Google Maps Street View on mobile is a fun way to explore your city. This is great news for anyone who wants to see what their hometown looked like in the past. It’s also a great way to learn about the history of your city, especially if you’re a history buff.

What is Google Maps Street View all about?

Street View is one of the most popular features of Google Maps. According to Google, over 220 billion Street View images have been added since it was first introduced in 2007. In addition to providing a glimpse into how certain locations have changed over time, Street View lets you explore places.

Historical Street View is available on both Android and iOS, and it’s pretty easy to use. You can use this feature in any city or country, but it only goes back as far as 2007.The service is free and available now.

How do I view old street view on mobile?

To view the historical imagery of a particular place, you can simply follow these steps:

This would work perfectly if the supposed location had historical data that had been captured by Google.

What else is new to Google Maps Street View?

In addition to the historical street view imagery, Google has designed a new camera for capturing all-round imagery of a particular location. The company refers to it as a Google street view camera that is “roughly the size of a house cat” because it weighs much less than its counterparts, with a weight of about 6.8kg.

This Google street view camera will be placed on cars to be used to capture Google Earth historical imagery. This means that cars with this camera mounted can capture recent updates of a particular location that can be added to the Google street map.

Google has finally made its historical street view imagery available on mobile phones. In an announcement this week, the company announced that users of Google Maps for iOS and Android will be able to see what a given location looked like years ago. Google Maps Street View is available globally, though it will only be available for places with historical imagery data.